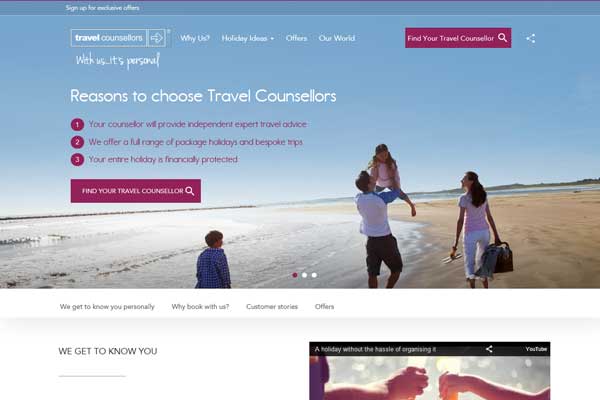 A number of agents operating as Travel Counsellors franchisees are fighting potential demands from the tax office for VAT totalling tens of thousands of pounds.

Travel Weekly understands self employed Travel Counsellors agents are challenging the tax office’s interpretation of their eligibility for a Flat Rate Scheme under which they pay 10.5% VAT on commission instead of the standard 20%.

This follows some of Travel Counsellors’ agents, who are registered for the Flat Rate Scheme, receiving ‘compliance check’ letters from Her Majesty’s Revenue & Customs (HMRC).

Travel Counsellors said it could not comment on an issue relating to individual agents’ businesses; however, it is understood to be supporting the agents involved as talks with HMRC continue.

A small number could face bills of tens of thousands of pounds, although the average is understood to be a lot lower. It was unclear how many agents are affected.

One source, who has a detailed working knowledge of how the Travel Counsellors’ franchisees have benefited from the Flat Rate Scheme, said: “These agents have been using this scheme for a considerable time. But for some reason HMRC is now questioning whether they are too close to Travel Counsellors, the parent company, and they have got these letters through the post.”

The issue raised by HMRC is understood to relate to a “dominant influence” clause in the Flat Rate Scheme which means firms are not eligible if they are “closely associated to another organisation”.

A company is deemed to be associated to another if “one business is under the dominant influence of another”, the businesses are bound by “financial,economic and organisational links”, or one company “has the right to give directions” to another. HMRC said it does not discuss specific cases, but confirmed there had not been any change in the law regarding “dominant influence”.

Its spokesman said: “The aim of the Flat Rate Scheme is to simplify the way VAT is recorded and accounted for on sales and purchases.”

Agents pay VAT on the commission they receive from tour operators. They can account for 10.5% and retain 9.5% in the Flat Rate Scheme, but cannot reclaim VAT on purchases.

Have you received a letter relating to the Flat Rate Scheme from the HMRC? Email us in confidence: lee.hayhurst@travelweekly.co.uk

HMRC questions agents’ eligibility for its VAT Flat Rate Scheme (FRS) under which they pay 10.5% on commission rather than the standard 20%.

The letter sets out circumstances which prevent firms from making use of FRS.

The letter says: “It is considered Travel Counsellors exerts a dominant influence over your VAT-registered business, making you ineligible for FRS.”

Agents are threatened with being “retrospectively removed from the scheme” but given a chance to comment before any final assessment of tax due.