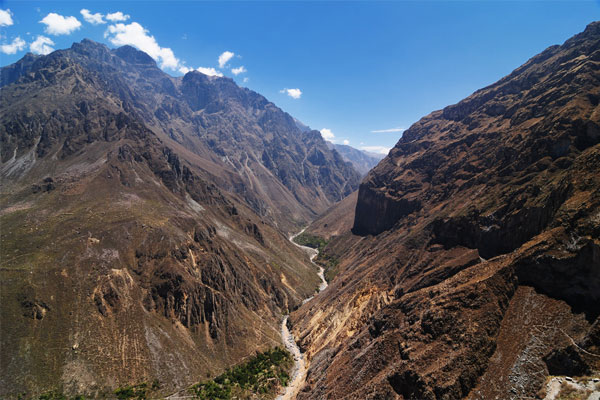 At least four people have been killed, including an American tourist, as a 5.3-magnitude earthquake struck southern Peru.

Sunday night’s quake had destroyed at least 600 homes in the Colca Valley region.

As many as 68 people are reported to have been injured.

The worst affected were villages along the Colca River, which runs through what is one of the world’s deepest canyons and is an area popular with hikers.

A 66-year-old American tourist staying at a hotel in Yanque district was among the victims, government news agency Andina reported.

The Foreign and Commonwealth Office revised its travel advice to Peru last night urging British travellers to monitor local media and for the advice of local authorities.

“Transport and tour services within the Colca area have been partially disrupted until further notice,” the FCO said.

Emergency workers are being sent to the affected area to search for survivors and provide mobile shelters.

The region was already suffering from freezing temperatures.

The quake struck at 9.58pm local time at a depth of 6.2 miles, according to the US Geological Survey.

The epicentre was west of the town of Chivay, more than 500 miles south east of the capital, Lima. The worst affected districts are Ichupampa, Yanque, Achoma and Maca.