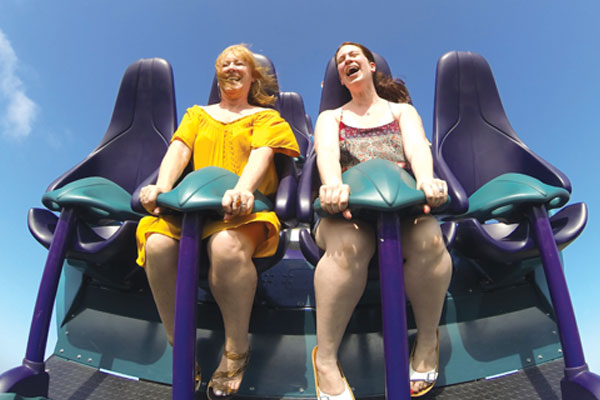 As the lucky winner of an exclusive Travel Weekly competition to win a family holiday to SeaWorld, Travel Counsellors’ Gillian Davis whisked husband Stephen, daughter Olivia and two-year-old granddaughter Erin to the theme park capital for an all-expenses-paid escape. They were among the first Brits to test out the parks’ thrilling new rollercoasters – Mako at SeaWorld Orlando and Cobra’s Curse at Busch Gardens – which opened this summer. Here, Gillian gives her verdict

The whole experience was amazing. I still can’t take it all in. I had been to Florida and to SeaWorld before – though it was years and years ago – but never to Aquatica, Discovery Cove or Busch Gardens.

I was on holiday with my family in Turkey when I found out. I just couldn’t believe it. My granddaughter Erin is a bit young for the rollercoasters, but she was still so excited about everything we saw and did. She’s come back with little keepsakes of dolphins and penguins, which just shows it’s such a great thing to do as a family, at any age.

I’m a fan of big rides. I’ve been on quite a few at Alton Towers and other parks. So we dived in and went to SeaWorld Orlando on the first day, to give Mako a go. 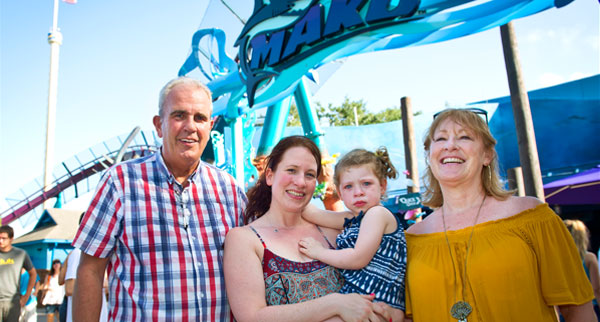 Mako was definitely the biggest ride I’ve done, so I suppose I was a little apprehensive. But I loved it. It felt as if we were flying through the air. It’s all about going fast, dropping and dipping. I think there were a couple of upside-down bits, but my eyes were closed, so I can’t be sure.

We said we’d definitely go on it again, but not straight away – we couldn’t quite bring ourselves to try it twice in a row.

We did a lot of other activities at SeaWorld. The conservation that goes on there is really interesting. They took us behind the scenes to see how much they do, and we went to the penguin enclosure and stroked the birds, which was awesome.

When we got to Busch Gardens, we were excited to try Cobra’s Curse. I wasn’t quite so apprehensive about this one because it didn’t have such huge drops, but it was actually a more varied ride because it slows down and speeds up, and the carriages turn around and go backwards. It still had its moments, but it wasn’t quite as intense – and at least I could open my eyes on this one. There were still plenty of thrills, but I found it a little less hair-raising and a bit more fun. I’d say Mako is pure adrenaline, while Cobra’s Curse is pure excitement, so they’re both great, just in different ways. 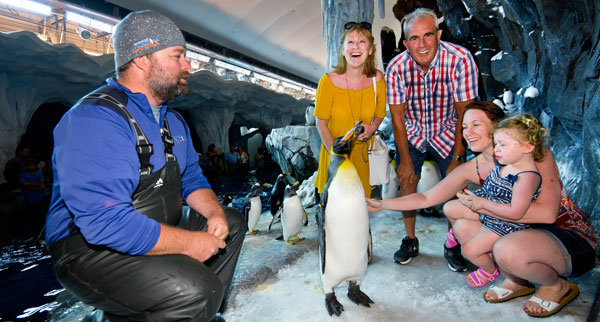 This experience will definitely help me sell more. I already sell a lot of Orlando, but I didn’t know how much there was to do at SeaWorld. I wouldn’t have expected those adrenaline rides, for example. You think of it as being all about animals and shows, but we did so much – everything we could possibly fit in – and it made me realise how much is on offer there.

I think you could sell it to any age. There’s a lot for little ones, such as shows and animal encounters, but the big rides would really suit older children and teenagers.

The other parks have plenty on offer as well. Most people know Discovery Cove as the place where you can swim with dolphins, but it’s got a lazy river, a beach and lots more.

Aquatica was absolutely fantastic, too. I’d recommend getting a cabana in Aquatica and Discovery Cove. It’s so useful to have your own space with somewhere to sit down in the shade and a fridge for your drinks. When you book it for a family and split the cost, it’s really good value.

Wherever possible, try to get a Quick Queue Unlimited pass, as that means you don’t have to waste time in between rides. That’s also a good thing for agents to think about, because you can offer to pre-book them in advance.

It was all just so good that I can’t pick out a single highlight. We did so much and had such a great time, we really didn’t want to come home.

The design of the ‘hypercoaster’ is inspired by the mako shark, which is renowned for its speed and agility in pursuing prey

Cobra’s Curse: It takes three-and-a-half minutes travelling at up to 40mph to travel around the 650-metre track

Carriages move backwards and forwards, and spin at random, so no two rides are the same

Attraction World offers a Discovery Cove Ultimate package with a full day at the park, half-hour dolphin swim and 14 days’ unlimited admission to SeaWorld, Busch Gardens and Aquatica, with free parking, from £190. attractionworld.com

Do Something Different has a 3-Park SeaWorld, Busch Gardens & Aquatica Ticket from £104 for adults and £100 for kids, including 14 days’ access to the parks. A Quick Queue pass starts at £17 for SeaWorld and £20 for Busch Gardens. dosomething different.com