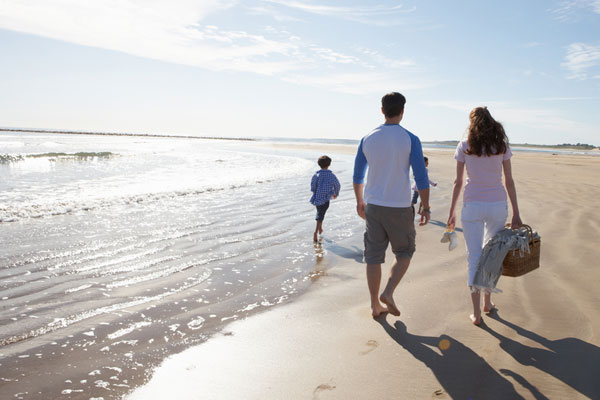 More than five million Brits are planning an overnight trip in the UK for the August Bank Holiday, according to VisitEngland.

The tourist board’s Bank Holiday Trip Tracker survey of more than 1,200 Britons shows 5.1 million are planning an overnight holiday trip in the UK this weekend, with 4.6 million planning a holiday in England.

Brits holidaying at home over the long weekend are expected to generate about £1.25 billion for the UK economy, of which £1.1 billion will be spent in England.

Patricia Yates, VisitBritain/VisitEngland director, said: “Record numbers of Brits have been taking holidays at home this year and, with so much going on this summer, the August Bank Holiday weekend is another chance to enjoy a great holiday whether on a seaside, countryside or city break.”

The survey also shows that a further 3.6 million people are still undecided about whether to take an overnight holiday trip in England over the Bank Holiday weekend – with about 40% saying they are waiting to see what the weather is like and about 20% saying they like to decide at the last minute.

These figures follow a strong 2015 with domestic holiday trips and spending both up 7% on the previous year to 43.7 million holiday trips in England and £10.7 billion respectively.