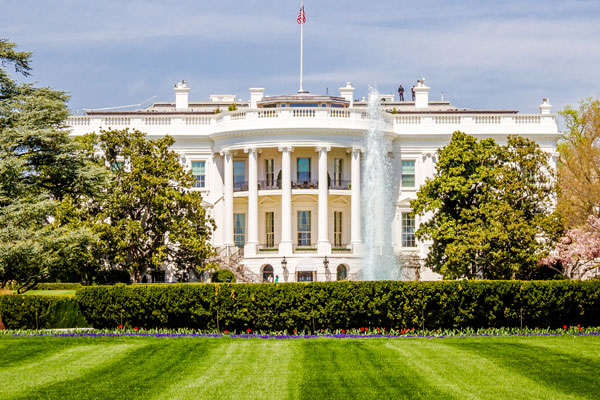 Get away from Pennsylvania Avenue to see the real DC, writes David Whitley.

It’s perfectly possible to treat Washington DC as a giant theme park of monuments, memorials and museums. And anyone who does so is probably going to have a thoroughly enjoyable time – there’s a strong argument for the US capital having the strongest cultural treasure trove on Earth.

Fewer visitors, however, get a feel for the real city beyond the Smithsonians and statues. And by diving into its diverse neighbourhoods, Washington DC suddenly becomes a lot more than a dry, political base. 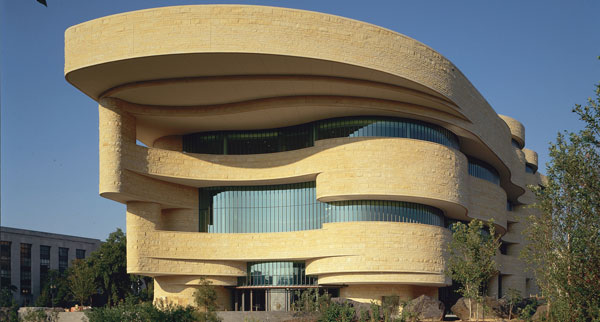 Why go? This is the Washington DC the world knows about. Flanked by the Lincoln Memorial at one end and the US Capitol at the other, the often shabby patch of grass known as the National Mall is dotted with dozens of key memorials and museums, with the 169m-high Washington Monument standing proudly in the middle.

What to do: The hard part is narrowing it down. Most of the Smithsonian Museums are on the eastern half, with the National Air and Space Museum being the standout. The Wright Brothers’ first plane, Charles Lindbergh’s Spirit of St Louis, a nuclear missile and a lunar landing module are among an extraordinary collection. The National Museum of American History and National Museum of the American Indian can provide an absorbing few hours too.Of the memorials, the Lincoln and Jefferson Memorials are the grandest, but those devoted to the Korean War Veterans, Franklin D Roosevelt and Martin Luther King Jr have more detail and storytelling. They’re farther apart than many give credit for, so the best way to get around is on two wheels. Bike and Roll DC offers both bike rentals and cycling tours. bikeandrolldc.com 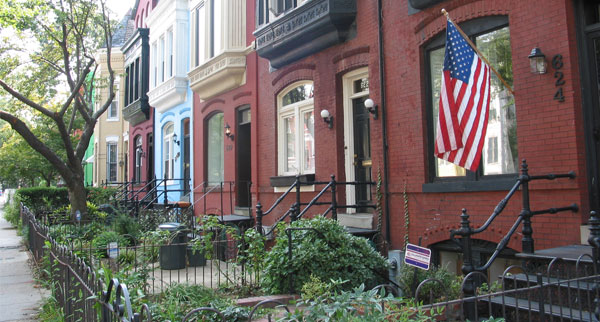 Why go?It may be the hub of power, but Capitol Hill is also a neighbourhood with character in its own right. Head southeast from the Capitol, and you’ll soon find a host of bars frequented by staffers and politicians – particularly at happy hour. The Eastern Market is also proudly local, and enjoyable to browse.

What to do: The tours of the US Capitol – particularly the central rotunda and National Statuary Hall – are in equal measures fascinating and jaw-dropping. Opposite the Capitol is the Library of Congress, the largest library in the world, and the Jefferson Building is so dazzlingly sumptuous that it’d distract anyone from reading. visitthecapitol.gov 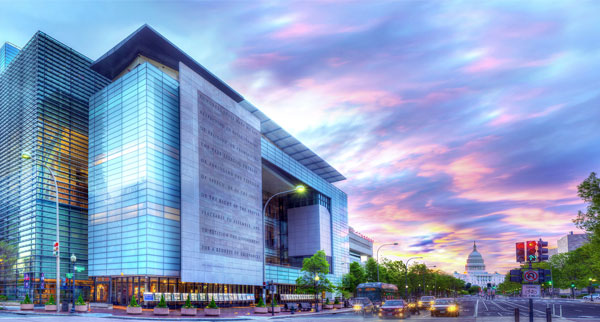 Why go? Just to the north of the Mall, the once-underwhelming downtown area has pepped up in recent years with a host of hot restaurant openings. It’s also home to a strong contingent of DC’s less canonical (and often a bit more fun) attractions.

What to do: The National Archives is the traditional big-hitter – people happily queue to go inside and see the Declaration of Independence and US Constitution. The Newseum and International Spy Museum both require paid entry in a city where most of the good stuff is free, but they’re worth it. The former looks at how the media works, and how it covered big events such as 9/11. The latter is about spycraft – which runs through everything from disguises and cleverly concealed weapons to Bond villains – and has input from spymasters on both sides of the Cold war. newseum.org; spymuseum.org 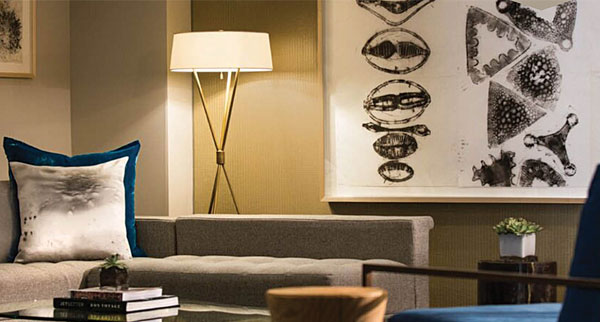 Why go? To the northwest of Downtown, Dupont Circle is where Washington starts to spring into life. Scores of buzzy bars and restaurants, hip bookshops and a strong gay scene make it the prime place to hang out at night.

What to do: The Phillips Collection is arguably the most underrated museum. It houses a top-grade art collection – Gauguin, Van Gogh, Picasso and more – inside an already attractive mansion. phillipscollection.org 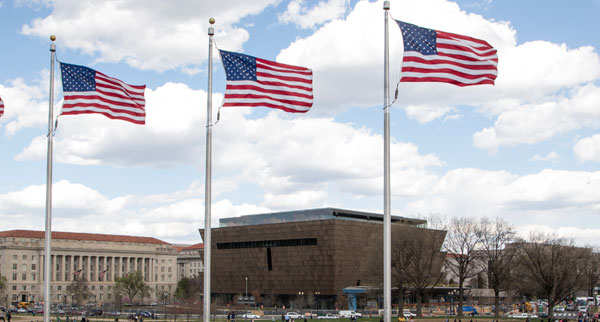 The U Street corridor

Why go? U Street NW has traditionally been where historically divided black and white Washington DC have met. It’s still the same, with a series of warm-natured rooftop and courtyard bars, Ethiopian restaurants and local-legend fast‑food joints. Branching off it, 14th Street NW is brimming with hot bars and restaurants.

What to do: A series of signs explain the area’s cultural significance, with key venues such as the Lincoln Theatre and Bohemian Caverns jazz club having a major place in Washington’s black heritage. The African-American Civil War Museum explores in depth the slavery that tore the US apart. afroamcivilwar.org 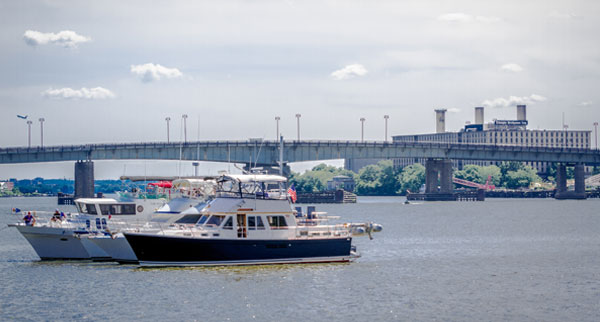 Why go? A town in its own right before Washington DC arrived on the scene, Georgetown holds itself slightly aloof. Its personality is a hybrid, though – part well-to-do establishment enclave, part student area due to being sandwiched between two universities. With lots of gorgeous red brick buildings and some of the best shopping in the city, Georgetown has a high moochability factor.

What to do: The Potomac Riverboat Company has short cruises leaving from Georgetown towards Alexandria, offering superb back-end views of the memorials on the way.

On dry land, Dumbarton Oaks is the American version of a stately home. The gardens are pretty, but inside it’s a theme-hopping museum of energetically pilfered stuff collected by the former owner. Flemish tapestries, Mayan stone heads, Byzantine altarpieces and Roman mosaics feature in a bizarre mix. potomacriverboatco.com doaks.org 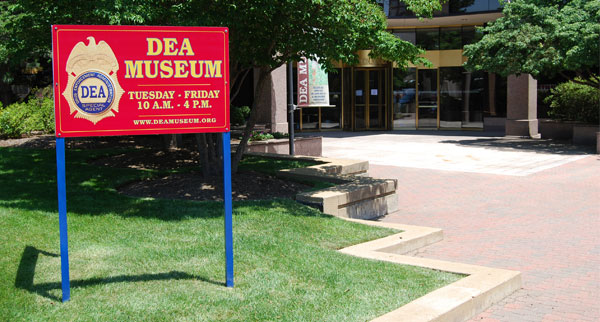 Why go? Just across the Potomac River, Arlington is technically in northern Virginia, but acts as a suburb of the big city. It’s home to the Pentagon, an awful lot of government workers and some relatively cheap motels for anyone put off by DC hotel prices. But it’s actually closer to the Mall than most parts of Washington proper.

What to do: The standout here is the Arlington National Cemetery, built on the grounds of Civil War confederate general Robert Lee’s home. The Tomb of the Unknowns is a sombre reflecting point, while the graves of JFK and Jackie O are the ones people make a beeline for in an emotion-provoking sea of tombstones.

Quirkier is the DEA Museum, which gives a surprisingly fascinating if utterly one-sided perspective on the history of illegal narcotics. deamuseum.org 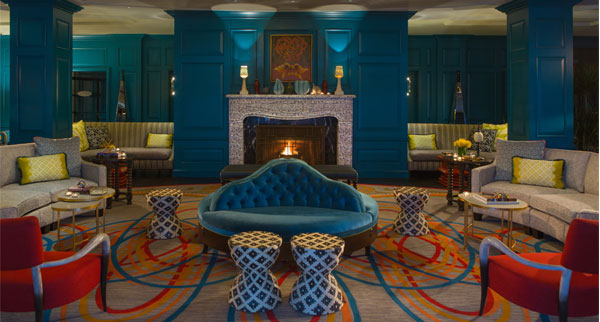 Why go? A couple of miles south along the Potomac is Alexandria, which is much more of a destination in its own right. There’s a similar feel to Georgetown – mostly handsome red brick houses – with a sprinkling of all-American apple pie. Flags hang patriotically, and King Street is home to a seemingly endless string of quaint restaurants and shops.

What to do: As the name suggests, the Torpedo Factory was a former munitions factory, but has now been turned into an arts centre, with workshops and studios spread over three floors. The small but excellent Alexandria Black History Museum is a fabulous place to learn about African-Americans fleeing the south during the slavery and Civil war era. But the big gun is Mount Vernon, George Washington’s home, which adds strong doses of American history among the general gorgeousness. alexandriava.gov/blackhistory torpedofactory.org

Downtown: The Loews Madison, opened by JFK in 1963, was the first hotel in the world to feature a minibar and has been used as a temporary Kremlin for Soviet delegates. It now has a slick, modern look, though. Rooms from £182. loewshotels.com/Madison

Dupont Circle: The Carlyle Dupont Circle offers a peppy take on art deco, with comfy superking beds, free wine every day and quirky robes that belong on a championship boxer. Rates start at around £134. carlylehoteldc.com

Alexandria: The Monaco has a lavish theatricality about it – luxury minus the blandness – and a super central position. From about £160. monaco-alexandria.com