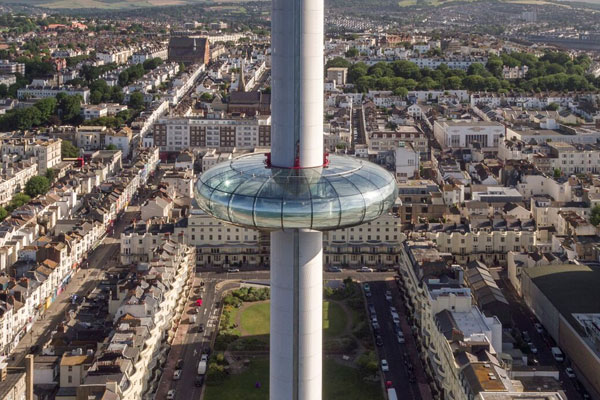 A group of 180 people were stuck on British Airways’ i360 attraction in Brighton for two hours blamed on a “slight technical hitch”.

East Sussex Fire and Rescue Service said it was called out last night at 6.39pm and two fire engines were sent to the scene to assist.

The i360 pod was carrying a private party, including a heavily pregnant woman, who boarded at about 5pm, the BBC reported.

It was lowered to the ground about two hours later.

The BAi360 Twitter account said: “A slight technical hitch has caused the pod to halt. Our engineers are resolving the problem and expect it to be working normally soon.

“Our apologies again to all those affected this evening and thank you for being so understanding.”

The visitors to the £46 million beach front attraction which opened in August were said to be in good spirits.