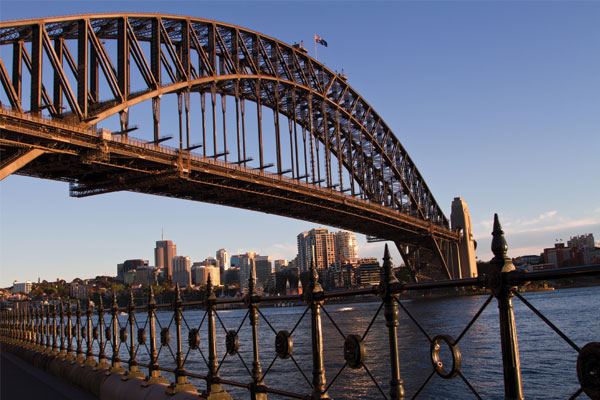 Sydney is greedy when it comes to icons with instant international recognition. The Opera House, Harbour Bridge, the harbour itself and Bondi Beach are an easy shorthand for the Australian good life.

But the city has a lot more going for it than just fun in the sun – an unexpectedly interesting history, a strong food and drink scene and lots of creative energy feature too. What you’ll get depends on where you base yourself. 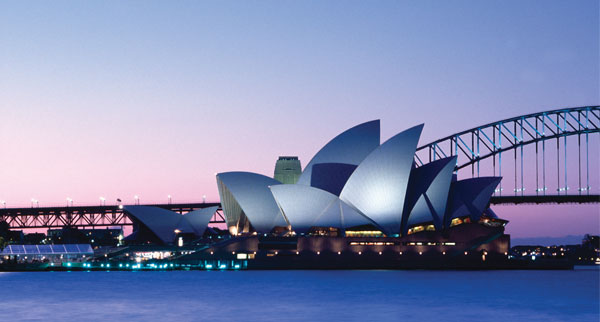 Why go? Right on the harbour, with prime views of the Opera House and Bridge, Circular Quay is Sydney’s hub. It’s where ferries depart for key points across the city, major museums are a couple of blocks south and the Botanic Gardens are just to the east.

What to do? A stroll in the gardens to the lookout at Mrs Macquarie’s Point, plus a trip on one of the ferries, are practically mandatory. But Circular Quay is also the starting point for harbour cruises. Captain Cook Cruises runs a variety, ranging from a basic highlights commentary to dinner cruises and whale-watching trips, from £19. The Museum of Sydney, on the site of the first Government House, is also worth a look. captaincook.com.au 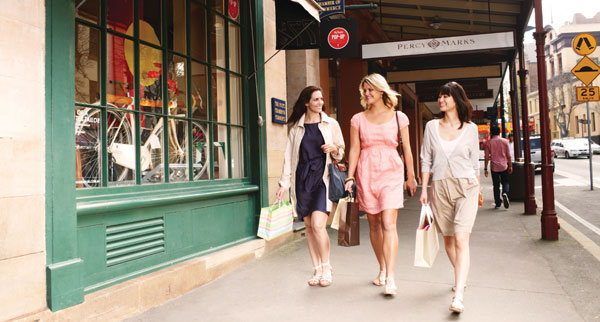 Why go? Sydney’s history is most keenly felt in The Rocks, which is full of old sandstone buildings, narrow lanes and more than a few cruise ship passengers. The weekend markets are justifiably popular, there’s some fine dining to be done and the Museum of Contemporary Art on the waterfront is a cultural big-hitter.

What to do? Numerous companies run history-slanted walking tours of The Rocks, but the star attraction is the BridgeClimb. This soft-adventure activity sees people kitted out in jumpsuits and led along the arch of the Sydney Harbour Bridge  for superlative harbour views. Tickets start at £161 with Attraction World, including a photo and souvenir cap.

The Rocks Discovery Museum is good too, especially as it makes a concerted effort to explore what life was like for the Aboriginal inhabitants before European settlers arrived.

Where to stay? Accommodation here tends to attract a hefty premium, but The Russell is a relative bargain. It looks like a pastiche castle from the outside, and combines antique furniture with a relatively contemporary makeover. En suite doubles cost from £119. therussell.com.au 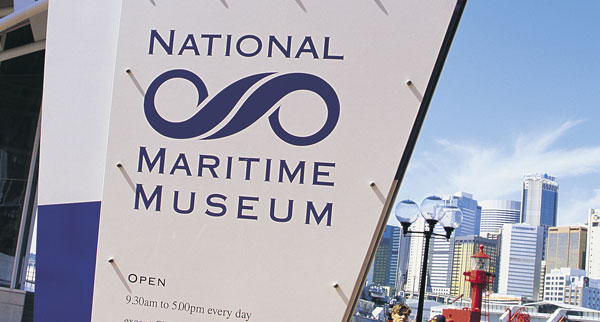 Why go? There’s plenty of life, but no single defining character in the area between Circular Quay and Central Station. Most of the offices cluster in the north, while the southern end of the CBD takes on a more Asian feel. In amongst it are a fair few hip and often hard to find bars, plus some gorgeous 19th-century buildings.

What to do? For an understanding of how Sydney was made, and insights into key buildings such as the State Library, the Hospital and Parliament House, the £54 Making of Sydney walking tour with Context Travel is superbly illuminating. It’s worth dropping into Sydney’s best museum, the Hyde Park Barracks, afterwards to learn more about convict life. contexttravel.com

Where to stay? The Swissotel has a perfectly central location, right next to the Pitt Street Mall shopping strip, and a small rooftop pool. If kids are in tow, they’ll happily leave toys and teddies in the room for you. Doubles cost from £204. swissotel.com 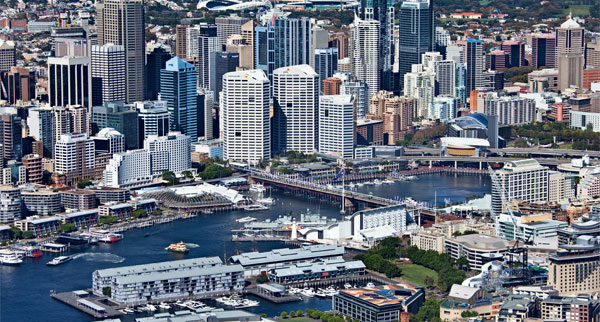 Why go? There’s a slightly plastic, fun-by-committee feel to Darling Harbour, but there’s always some sort of cultural event going on, and there’s absolutely loads to do. Much of it is kid-friendly too.

What to do? Take your pick. On the city side, the Sydney Aquarium and Wild Life Sydney are right next to each other, with a whole array of cute critter encounters available – such as snorkelling with sharks at the former and having breakfast with the koalas at the latter. On the other side, you’ll find the Australian Maritime Museum with plenty of ships to explore. These include a replica of the Endeavour, the ship James Cook was sailing when he first discovered Sydney. Slightly further round in Pyrmont is the Star casino complex.

Where to stay? The Darling, next to the casino, offers original artwork in every room, ceiling-to-floor windows, cutting-edge technology and Asian-tinged design. Prices start at £210. thedarling.com.au 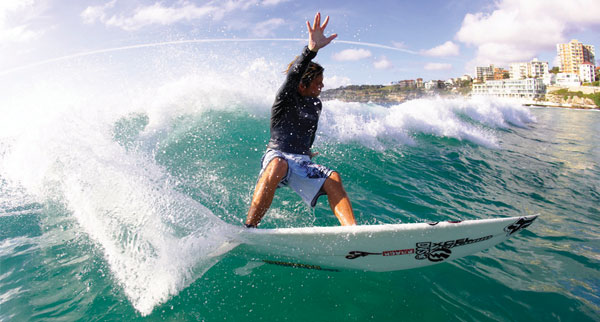 Why go? Bondi may be the most famous, but each of the eastern beaches has its own character. Bronte is family-friendly, Clovelly great for snorkelling and Coogee a popular expat and backpacker haunt. The five-mile clifftop walk linking them all is one of Sydney’s unquestionable highlights. Making a day of it, stopping for swims, brunch and ice cream on the way, is very difficult to top.

What to do? North Bondi is an excellent spot for beginner surfers – the surf breaks consistently and kindly. Let’s Go Surfing is based there and runs two-hour lessons for £54. Novices are usually at least able to stay standing while catching a wave by the end of the session. letsgosurfing.com.au

Where to stay? Easily the best bet at Bondi are the light, airy apartments of the Adina Bondi Beach. Balconies overlooking the ocean, and kitchenettes and a pool are nice upgrades on other hotels in the area. Studios cost from £102. tfehotels.com 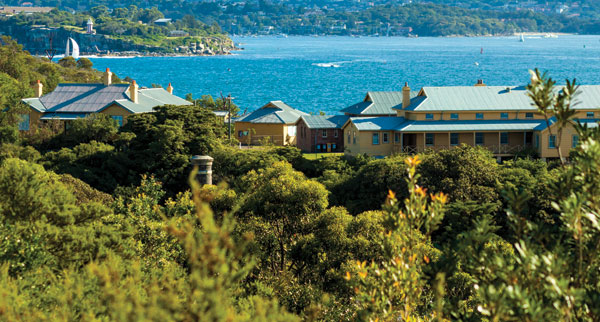 Why go? The other popular beach option is a half-hour ferry ride away from Circular Quay. Leo Seaton, Tourism Australia’s general manager of media and communications, lives there and says: “I love it as the gateway to the laid-back beach life and beautiful coastline of the northern beaches.”

What to do? Leo recommends refuelling with fresh fish and chips on the Corso, then hiring a bike and cycling up to the North Head of the harbour. “The bushwalks up there are revelatory, and the views spectacular,” he says. “Make sure you stop off at the Q-Station to join a guided history tour of the former North Head Quarantine Station, rich in Aboriginal culture and the enforced first stop-off  for many of Australia’s first European settlers.” quarantinestation.com.au

Where to stay? The Q Station, which uses some of the old Quarantine Station buildings, is something completely different. Rabbits, bandicoots and kookaburras can be found scuttling around the grounds, and the harbour views are A-grade. Rooms cost from £96. qstation.com.au 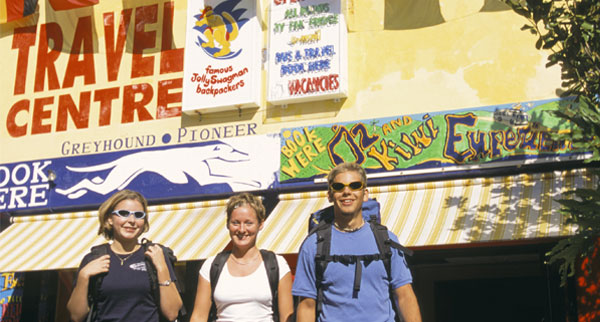 Why go? Traditionally Sydney’s 24‑hour nightlife area, The Cross has a cartoon seediness about it, but a high concentration of budget accommodation. Neighbouring Darlinghurst is much cooler and the hub of the city’s gay scene, with plenty of cafes and bars to explore.

What to do? Urban Adventures runs a juicy Crime and Passion tour that delves into Kings Cross’s murky past, and brings up some of the roguish characters – from brothel keepers to crooked cops – who shaped it (£26). urbanadventures.com 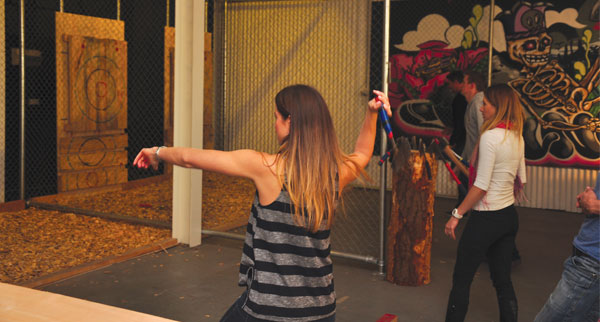 Why go? A cluster of suburbs to the west of the CBD – including Newtown, Glebe, Marrickville, Enmore and Erskineville – are where Sydney’s heart is. This is where to head to for new microbreweries, globe-spanning affordable eats and pub bands.

What to do? It’s not the place for conventional attractions, but you can learn how to throw axes at Maniax. Better still, combine it with a day touring microbreweries on the Axe and Ales jaunt with Dave’s Brewery Tours (£91).maniax.com.au davesbrewerytours.com.au