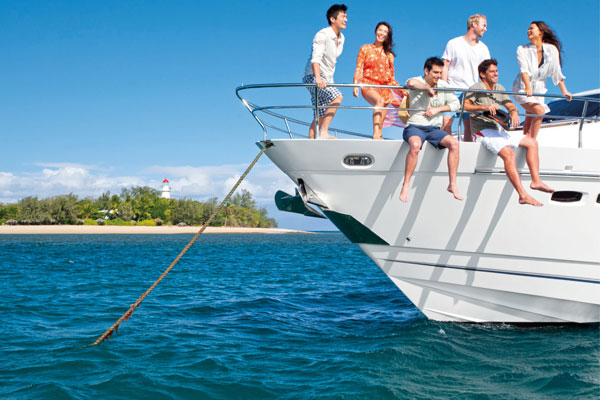 As the driest inhabited continent on earth – second only to Antarctica in its lack of rainfall – you’d be forgiven for thinking water and Australia don’t really go hand in hand, unless the word ‘shortage’ is in there somewhere.

With vast stretches of arid outback and frequent talk of droughts or four-minute showers, the country is in a never-ending battle to conserve every last drop. Yet it’s also home to some of the most famous water-based landmarks in the world, from the Great Barrier Reef in Queensland to the crocodile-rich wetlands of the Northern Territory or the iconic Sydney Harbour.

Widen out the scope to include the island nations of New Zealand and the South Pacific, and it’s even clearer the Antipodes have plenty to offer water-babies of every stripe. Whether it’s gentle island-hopping cruises in French Polynesia or a heart-racing ride down the Shotover River in New Zealand’s South Island, these destinations Down Under have activities to fit any time frame. 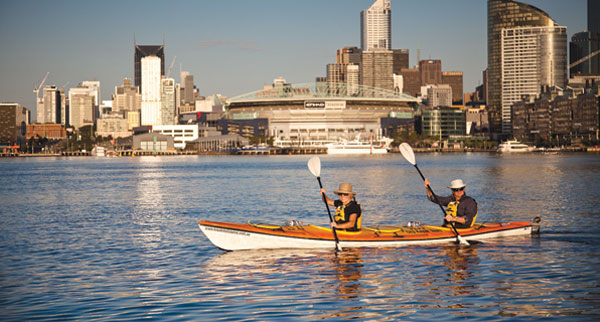 A day: Australia’s big urban hubs are all set on the coast, so no matter how jam-packed an itinerary, there’s always time to squeeze in a quick excursion for a fresh perspective on the city.

“One of Travel 2’s most popular day tours is the Sydney with Harbour Luncheon Cruise, which takes in views of the iconic harbour region, including the Opera House and Sydney Harbour Bridge,” says Rachel McMurdo, Travel 2’s assistant product manager for Oceania.

Despite being overshadowed by its more famous cousin, the harbour in Darwin is actually bigger than Sydney’s, so a boat trip is a must-do in the Northern Territory city too. Spirit of Darwin runs sunset dinner cruises from £54, with a hearty seafood spread followed by spectacular views as dusk falls over the city.

And if clients find themselves in Melbourne, Urban Adventures has a fun sunset kayaking tour along the Yarra River, where participants paddle past the city’s best-known spots – Flinders Street railway station, the Southbank and under Princes Bridge – before pulling up in Southgate so party-goers can carry on the fun in Federation Square (from £58 for three hours). 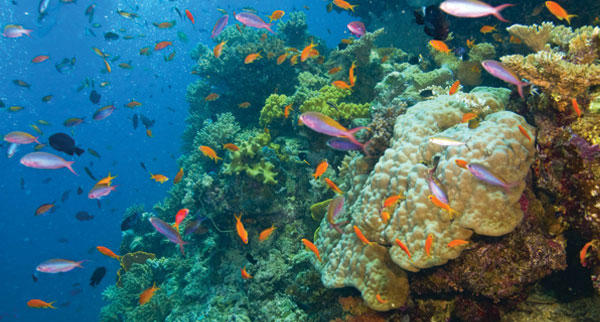 Overnight: The Great Barrier Reef is doable in a day trip, but it’s far better to allow at least a night or two to sail beyond the busier tourist sites and spend time exploring the reef.

Gold Medal product manager Rebecca Turner says: “I would recommend a two-day reef sleep in Queensland – the day starts with a high-speed catamaran cruise through the Whitsunday Islands to Hardy Reef. When you reach the Reefworld pontoon, you can spend the day exploring the Great Barrier Reef with activities including an underwater viewing chamber, snorkelling, semi-submersible rides and sunbathing on the deck. The best part of the tour is watching the underwater world come to life as the sun sets and being so far from shore and man-made lights means the stars are so clear, it is amazing to see.” 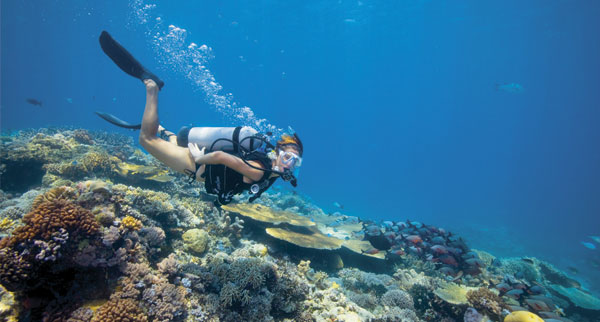 Longer: With more time to spare, suggest a liveaboard along the Queensland coast. Austravel has three and four-night cruises ex-Cairns, which can be combined for a seven-night trip, from Coral Expeditions. The shorter option journeys south, mooring at Thetford Reef and Sudbury Cay to see some of the 1,500 species of fish on the reef in the company of a marine biologist, while the latter heads north toward Lizard Island for a glass-bottomed boat tour and a guided scuba dive (from £767 and £999 respectively, or combined from £1,597).

Alternatively, link up a number of water-based experiences into a longer trip: Premier Holidays offers an eight-night Dolphins, Reef and Parks self-drive through Western Australia, visiting Shark Bay World Heritage and Marine Park; the Ningaloo Reef to see whale sharks, manta rays and tropical fish; and Monkey Mia where wild dolphins swim so close to the shore they can be hand-fed (from £699 land-only). 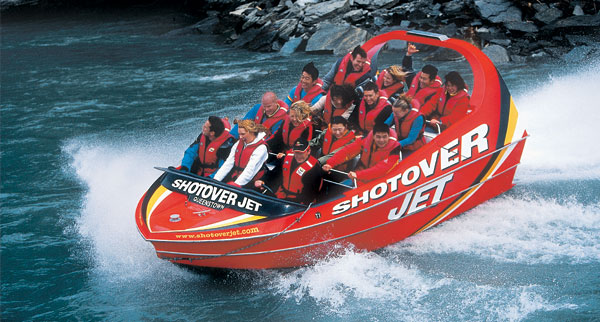 A day: If there’s any opportunity to add more adventure to a New Zealand trip, seize it. A jet boat ride offers the ultimate adrenaline fix, speeding down the river at up to 50mph with 360-degree turns for good measure. The Shotover Jet boat ride in Queenstown is the most famous, but the phenomenon has spread across these islands with jet boat trips now available in Auckland, the Huka Falls and Waikato River near Taupo, and even on Lake Rotorua. To amp up the fear factor, tag on white-water rafting down the Kawarau River from Queenstown, or the even scarier black-water rafting through the Waitomo Caves in the North Island.

They all offer an unadulterated thrill, but sailing fans will get as much of a kick out of boarding a professional yacht used in one of the world’s most prestigious sailing events, the America’s Cup. The NZL 40 and NZL 41 were built for the 1995 race and are now stationed in Auckland Harbour, offering passengers the chance to feel the wind in their hair as they take a turn at the helm. The two-hour excursion, Sail NZ – America’s Cup Sailing Experience, costs £99 per adult and £70 per child aged 10-15 through Do Something Different. 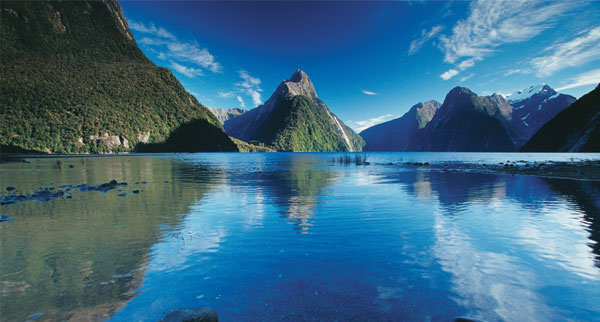 Overnight: New Zealand might be the adventure capital, but it has its gentler moments as well, not least the glassy waters of Milford and Doubtful Sounds, along the southwest coast of the South Island. Like the Barrier Reef, these can be done in a day, but are far more rewarding given a bit more time to appreciate the stillness of the fjords after dark, or watch the sunrise on deck.

“Our clients tell us what an amazing experience Milford Sound is,” says Lightwood, “When they can see the natural beauty up close, learn from the Milford Mariner’s on-board naturalists and, if they set their alarm, see dawn rise over the Sound the next morning.” 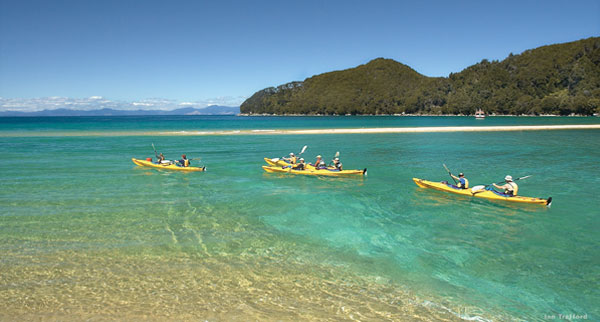 Longer: Nowhere beats New Zealand on natural beauty, and a few nights on the water gives a real feel for the remoteness of its wildest landscapes.

Abel Tasman National Park, for example, now has multi-day sailing and kayaking tours through local operators such as Abel Tasman Sailing Adventures and Marahau Sea Kayaks, pulling up in quiet little coves far out of the range of day-tripping hikers to see wildlife or appreciate the tranquillity of the national park. Kayakers can expect to set up camp on shore each night, with the option to keep hold of the kayak and carry on independently even after the guided trip has finished.

If that sounds a bit too Bear Grylls for some, suggest a small-group tour that offers guidance and a sense of security while still making the most of the country’s natural assets. G Adventures’ four-day Bay of Islands tour gives guests a chance to look for blue maomaos, stingrays, octopuses and dolphins on a snorkelling trip through Goat Island Marine Reserve; spend the night on a houseboat in the Bay of Islands to try kayaking, fishing, or an optional dolphin-watching tour; then visit Paihia and the Waitangi Treaty Grounds back on dry land. The round-trip from Auckland costs from £269. 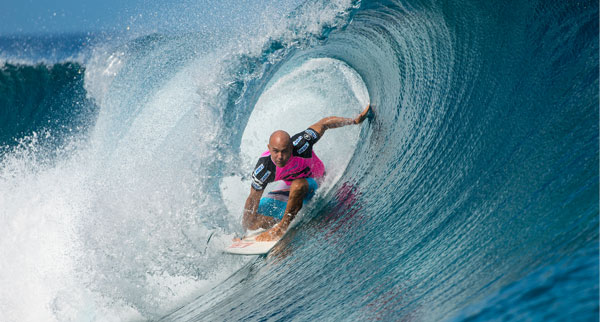 A day: It’s easy to assume all the islands of the South Pacific are the same – once you’ve seen one white-sand beach fringed with palms to one side and turquoise sea to the other, you’ve seen them all, right? Adding a few day excursions – even to an otherwise relaxing beach holiday – will help dispel this notion by showing how much each island has to offer.

To have a go at surfing, try Tahiti – the southwest Teahupoo region attracts the pros, but it has plenty of beginner-level waves too; or for the chance to spot and even swim with humpback whales, head to Tonga during the July-to-October migration season. For wreck dives of World War Two ships, try Vanuatu; and to swim in the pools of the Biausevu Waterfall, head to the Coral Coast of Fiji’s largest island, Viti Levu. 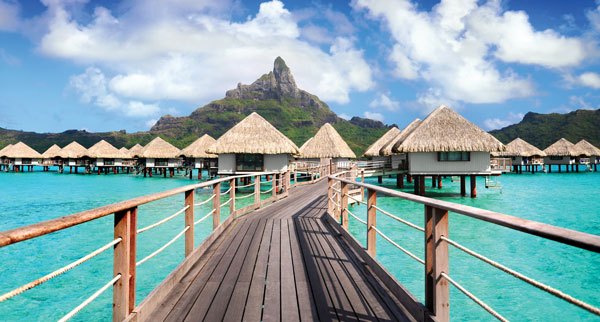 Overnight: South Pacific breaks are heavily resort-based, so unless clients want to take the plunge and book a cruise, the best option for water-babies is a hotel that takes its water sports seriously. Premier Holidays product manager John Parker recommends Le Meridien Bora Bora. He says: “This luxury hotel is situated on the edge of a crystal-clear lagoon and is a true island getaway. It has a selection of water sports, pedal boats and accommodation in overwater bungalows, but what makes it a particularly great experience is the chance to swim with turtles, unique to this hotel in Bora Bora. It also has a turtle sanctuary giving guests an opportunity to meet and learn about turtles in their natural environment.” 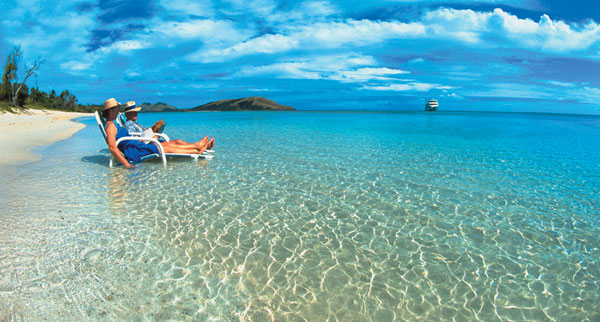 Longer: These island nations lend themselves supremely well to cruising, everything from four and five-night small-group yachting trips to two-week sailings with mainstream lines such as Royal Caribbean or Princess Cruises.

“This cruise allows you to see the Sacred Islands, Yasawa Islands and Blue Lagoon region. The service on Fiji Princess is very authentic with a Fijian crew, Fiji entertainment and traditional lovo meals. The four-night cruise includes a day at Sawa-i-Lau island for a visit to the Sacred Caves and Tamasua village, and a stop on the island of Drawaqa to snorkel with manta rays before a beach party under the stars in true Fiji style.”