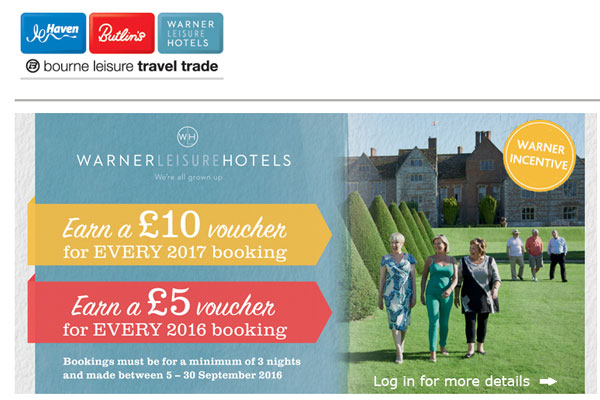 The owners of Butlins, Haven and Warner Leisure Hotels are reported to have paid themselves more than £100 million in dividends since the start of last year.

Bourne Leisure, which is majority-owned by the families of the original founders, posted profits of £111.2 million last year, up from £102 million in the previous 12 months. Turnover increased 6.2% to £951.4 million.

The company paid dividends of £49.1 million last year and has added a further £55.6 million since the start of the new financial year in January.

Most of the windfall will go to Peter Harris and Colin Allen and their families, the Sunday Times reported. Harris founded Bourne Leisure in 1964 with Allen’s father, David.

In accounts filed with Companies House, the Hemel Hempstead-based business said its growth was underpinned by repeat bookings and guest loyalty.

The company added that it expects further success this year.