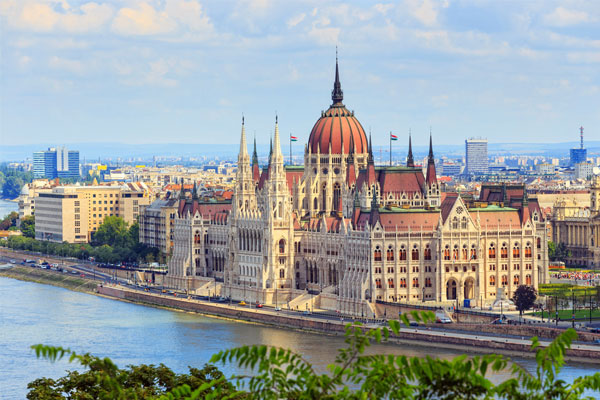 Two police officers were injured in an explosion in central Budapest on Saturday night.

The blast was next to an unused store front on a one of the busiest thoroughfares in the centre of the Hungarian capital.

Police cordoned off a wide area around the Oktogon square in central Budapest and told residents to leave buildings nearest the blast, local media reported.

The normally busy intersection was packed with witnesses, including tourists.

Nearby windows and cars were damaged in the blast, witnesses said.

Police have yet to identify the cause of the blast, Reuters reported.

“The local and expert examination of the origins of the explosion and the review of the damage is under way,” a statement said.