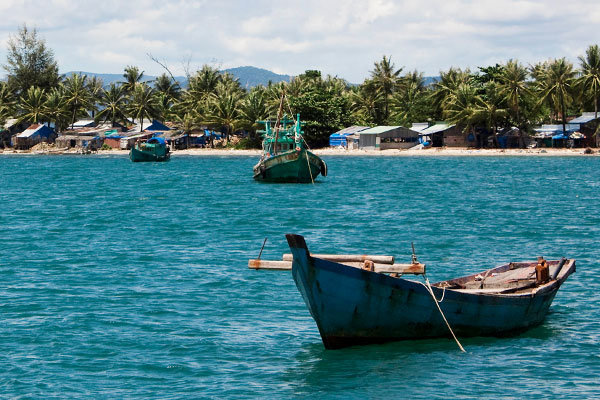 I’m at Hanoi airport, killing time before my flight to Phu Quoc. Even if I wasn’t heading to this tropical paradise, it would certainly be on my radar by the time I flew out, thanks to the enormous billboards hammering home the point that Phu Quoc is Asia’s next big beach destination.

And it’s not hard to see why: luxurious resorts are being built at lightning speed, while various airlines are promising new routes to the island, just a short hop from Ho Chi Minh City. But construction is slowing and it seems the idea has started to sink in that quality, not quantity, is the secret to this island’s success. 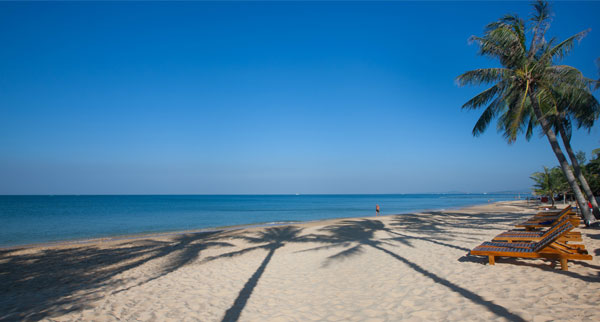 Phu Quoc is an Isle of Man-sized chunk of land off the southern tip of Vietnam. While the Thai islands have become crowded and prices have rocketed, Phu Quoc hasn’t (yet) attracted the same volume of tourists.

It’s cheaper than Thailand too: I paid less than £5 for a hearty meal at a beachfront restaurant, and £15 for a three-course feast at one of its most luxurious hotels. Phu Quoc is also very accessible, with regular flights from Hanoi and Ho Chi Minh City, both with direct flights from the UK.

Monsoon season is June to November, although there’s not really a bad time to go: despite a few short showers during my stay in August, the mercury rarely dipped below 26C. Prices are lower, but the sea is rougher – although still swimmable – so it’s best to avoid these months for divers or clients seeking the calm, turquoise waters for which Phu Quoc is famous.

Motorbikes are the main mode of transport, and can be hired for a few pounds a day. Traffic is positively sedentary compared to Ho Chi Minh, but don’t be surprised to see motorcyclists zooming along pavements with ridiculous loads perched haphazardly – be it a pig, a bale of hay or a family of five. Taxis are also incredibly cheap, while cycling is popular and not as frightening as you might imagine.

Sunsets are spectacular and the island’s position off the south-western tip of Vietnam means it’s one of few places in the country where you can see the sunset over the ocean. Phu Quoc isn’t a party island; it’s a place to chill out, dive, dine on delicious food and enjoy a less hectic side of Vietnam. 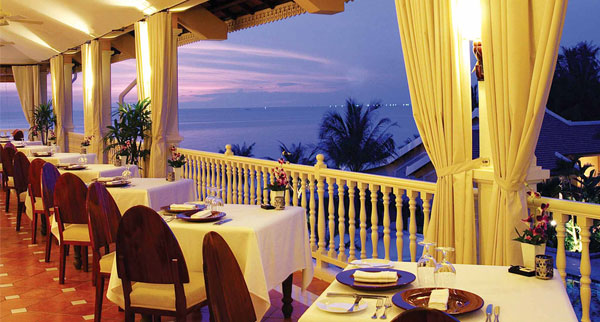 The sprawling, bling-tastic Vinpearl development in the north is more like a city than a resort, with two enormous hotels (both built in a matter of months) and two more nearing completion. It’s the only all-inclusive resort and the vast majority of guests are Chinese. The casino (the island’s first) being built next door also has the Chinese market in mind. But barring Vinpearl, most hotels are on the western coast, many clustered around Duong Dong town, a 20-minute drive from the airport.

At the 70-room La Veranda, a boutique affair operated by MGallery by Sofitel, nightly rates start from £247. It’s an intimate property popular with couples, and can be found on Long Beach, a beautiful, five-mile strip of sand.

The nearby 366-room Novotel Phu Quoc attracts families, as facilities include tennis courts, swimming pools (one solely for children) and a kids’ club. Rooms start from £89 per night.

One of the most stylish hotels is the five-star Salinda Resort, which backs onto Long Beach. There are 121 rooms, suites and villas, and a beautiful Thai spa (rates from £269). The whole place feels fabulously cool, with live music in the lobby and a dimly lit cigar bar.

Those wishing to stay further off the beaten track will love Mango Bay, located above Long Beach’s cluster of hotels but below the Vinpearl sprawl. It’s basic but homely, with veranda rooms and thatched huts. Rates start from just £33 per night.

More international hotels are expected to appear over the next few years. Movenpick will open a resort with a water park and retail village next year, and this December sees the 225-room JW Marriott Phu Quoc Emerald Bay Resort & Spa open on the east coast. 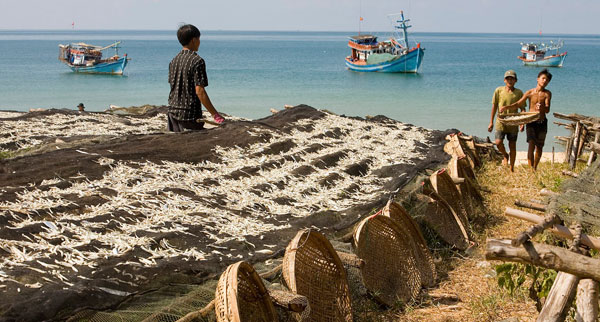 Phu Quoc has an eclectic mix of historic sites, temples and bustling markets. Currently, there are only two options for visitors seeking organised excursions: John’s Island Tours and Jerry’s Jungle Tours. However, I asked my hotel to arrange a taxi and spent a happy three hours exploring the island with a local, paying around £15.

We started with Coconut Prison, a harrowing reminder of the island’s dark history. It was built in the 1950s by the French to house those seen as a threat to the colonist government. Beyond towering barbed wire fences, built to banish thoughts of escape, are rows of metal huts, and inside are exhibits of punishments inflicted by guards.

My knowledgeable taxi driver-turned-guide also visited the bright red Ho Quoc pagoda, where we watched orange-robed monks play football on the sand below. Afterwards, we stopped by Sao beach, where visitors can hire jet skis, or go snorkelling or paddleboarding through the shallows. The calm water is ideal for families and there are a handful of bars and restaurants.

Phu Quoc National Park is in the north, covering half the island. Outside the rainy season, it’s a great hiking spot, although it’s best to hire a guide to navigate the network of trails. The park has beautiful flora and fauna, including lizards, monkeys and some of the world’s rarest orchids. Anyone travelling with kids will find the all-inclusive Vinpearl resort has more than enough to keep them entertained. There’s a water park, funfair and safari park with day passes available. The long, wide beach (with lifeguards) will also go down well with younger visitors.

Another great way to burn off energy is hiking to the Suoi Tranh waterfalls, located at the end of a forest trail near Duong Dong.

To experience Phu Quoc like a local, explore its biggest town, Duong Dong. Not for the squeamish, the market is a fascinating introduction to typical Vietnamese sights, sounds and smells. I explored by bike, weaving past stalls heaving under the weight of huge slabs of meat, and past neat rows of ducks pecking at bowls of grain, biding their time until their inevitable purchase by hungry locals. Many of the traders carry their wares in traditional wicker bowls balanced on either end of a bamboo stalk resting on their shoulders.

Inside Asia has a 13-night Lotus Blossom Honeymoon package with four days on Phu Quoc, with visits to Halong Bay, Hanoi, Hue, Hoi An and Ho Chi Minh, excluding international flights. From £2,235 per person. insideasiatours.com

“Phu Quoc’s location makes it a particularly good bolt-on at the end of a tour of the country, as opposed to mainland beach resorts like Nha Trang, which logistically are better done midway through your journey from north to south. The island will particularly appeal to couples and honeymooners looking for a peaceful place to relax. There are some wonderful local restaurants, so you don’t have to worry about being restricted to your hotel every evening.”