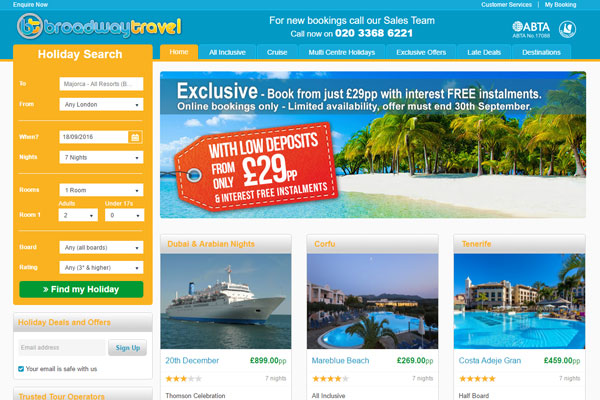 The boss of Broadway Travel Services said the company is “well positioned” for growth despite a turbulent year.

Speaking at the business’ annual conference in the Algarve this week, managing director Adam Pardini said that turnover had dropped from £204 million to £191 million while profits dipped slightly from £15.4million to £15.1million.

However, he remained upbeat about the results after Sharm el Sheik – which accounted for 18% of the company’s bookings – was closed for business after terrorist attacks in Egypt.

Addressing consortium members, staff and partners in Albufeira, Pardini said: “It’s been extremely challenging for trading for all of us, it’s the first time in eight years I’ve stood here and said this year is not as good as the previous one.

“But I’ve got at least three pages of reasons why.”

Terrorist attacks in Egypt, a failed coup in Turkey, the collapse of suppliers including Lowcost and the uncertainty surrounding Brexit, Pardini said, all contributed to a difficult year for the travel industry.

All considered, he said Broadway’s profits were “healthy”, and said the business is “well positioned for growth” with a “clear strategy” outlined.

“In such challenging circumstances, we have knuckled-down, traded through and made a healthy profit,” he told the conference, which is focussed on adopting a “customer-centric” approach.

Chief operating officer Jill Mitchell said there had been a surge in bookings through Broadway Cruise and its brand HolidayDeals2Go had grown by 23%.

Customer service ratings were also up 8%.

Commenting on the company’s dip in profits, she said: “It’s not what we budgeted for but we are very proud. We don’t believe there will be many businesses in our sector who can report figures like this.”