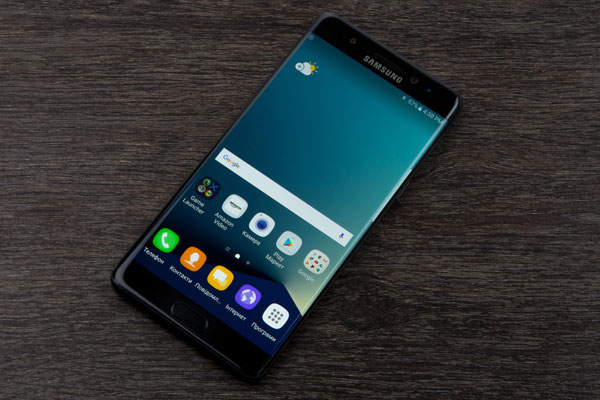 The decision follows the US Department of Transportation’s ban on the device on Friday on all flights to and from the country and reports of replacement units catching fire.

Qantas, Singapore Airlines and Virgin Australia are already preventing passengers from flying with the Galaxy Note 7 as a potential fire risk.

AirAsia said: “Guests are not permitted to carry the Galaxy Note 7 – including recalled and replacement devices – on their person, in cabin bags, in check-in baggage or as cargo.

“Any guests found with the device will be denied boarding.”

The prohibition applies to all flights operated by the Malasya-based AirAsia Group, including its long haul AirAsia X arm and subsidiaries in Thailand, Indonesia, the Philippines and India.

Virgin Atlantic also warned that any traveller with a Galaxy Note 7 will be denied boarding on any of its flights.

“If airport staff observe that a customer is in possession of a Samsung Note7 device prior to boarding an aircraft, that customer will be denied boarding unless they can make arrangements for the device to be taken home or left with a family member,” the airline said.

“Customers should not pack the phones in their checked luggage. Any passenger violating the ban may be subject to criminal prosecution in addition to fines by the US Department of Transportation.”

British Airways said: “Customers who own or possess a Samsung Galaxy Note 7 device may not transport the device on their person, in carry-on baggage, or in checked baggage on flights to, from, or within the United States, Canada, or Hong Kong.”

Samsung last week halted production of the Note 7 after some updated versions continued to overheat.