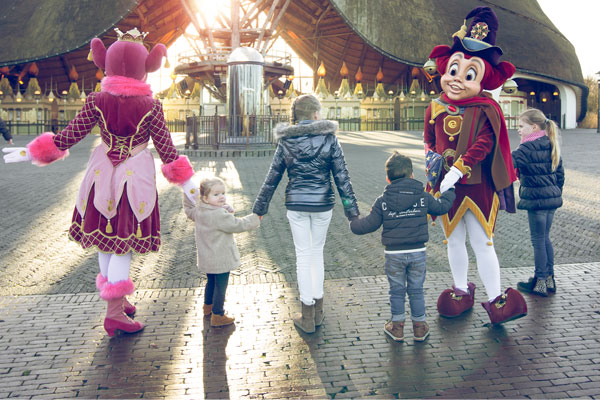 There’s a mouse in my room. No, really, I can see its perky little nose peeking out from just behind the headboard of the bed, and light grey ears standing alert on top of its tiny head.

I’ve been searching all over the room for this little critter, but I had no idea he would look so lifelike, or so cute.

Of course he’s not real; this toy mouse tucked away behind the bed is just one of many charming little touches – alongside crayons and colouring-in books, and child-sized board games laid out ready to play – that add an element of surprise to a stay in the Efteling hotel.

The room takes its cue from on-site theme park Efteling, located about an hour from Amsterdam and 45 minutes from Rotterdam, which has been drawing families from across the Continent since 1952.

The park has, until recently, remained under the radar of most British guests, preferring to flock to the bright lights of Orlando or the familiar characters of Disneyland Paris for their theme park fix. Efteling isn’t nearly as big or as polished, but what it lacks in scale it more than makes up for in old-fashioned charm, drawing inspiration from the fairy tales of Hans Christian Andersen and the Brothers Grimm for an altogether different theme park experience. 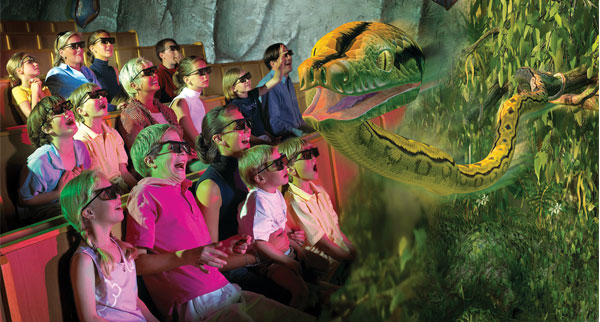 That doesn’t mean Efteling is lacking in the thrill department. Since last year’s opening of Baron 1898 – a dive coaster that plunges down a 37.5-metre ‘mineshaft’ at speeds of up to 55mph – it has more than enough to satisfy adrenaline-seekers.

Wooden rollercoaster Joris en de Draak is a marked departure from the usual theme park fare too, with cars racing each other along twin tracks in search of the eponymous dragon. Plus there are twists and turns along the loops of the Python rollercoaster, splashes aplenty on a fast-paced water ride, and serious speeding along the bobsleigh track.

Some of the most surprising thrills, however, come from the Villa Volta madhouse. What seems at first like a standard haunted house takes a disorienting turn when the walls start rotating back and forth to the point that you can’t tell the floor from the ceiling – which is enjoyably dizzy, as long as you like that sort of thing.

Younger riders will find plenty to please them too, with gondola-like boat rides, spinning cauldrons instead of teacups, and a handful of ‘dark’ rides that are atmospheric enough to give pre-teens a chill, but not so spooky as to scare the living daylights out of them. 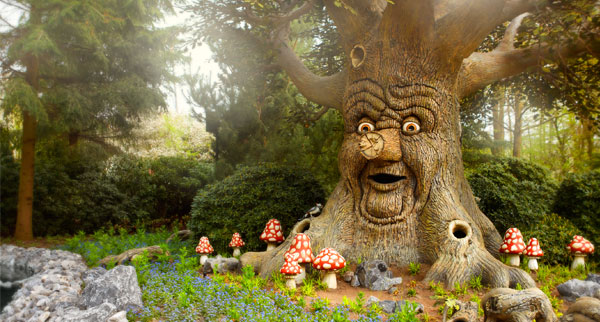 Fairytale Forest, the attraction for which Efteling is best known, is the main point of difference from other parks, relying on old-fashioned stories for entertainment rather than creating thrills and spills.

Walking around this woodland, little ones will come across Sleeping Beauty stealing 40 winks while Prince Charming gets ready to come and rescue her; they’ll find Hansel and Gretel peering out of the wicked witch’s sweet-covered cottage; and Rapunzel letting her long mane of hair down the tower for her suitor to climb.

Some of the tales are less familiar to British families, and it’s worth noting they don’t sugar-coat the bloody bits – very young children, beware – but this area of the park is a welcome reminder that storytelling and imagination are every bit as entertaining as big rides and rollercoasters.

Look out too for Pinocchio, the latest addition to the forest, who made his first appearance this year, proving there’s still plenty of magic left in these traditional tales.

Also offering a thrill for any age group, 20-minute show Raveleijn is a thoroughly entertaining affair with some standout special effects – think fire-breathing serpents and swashbuckling sword-fighters who seem to vanish into the air. It’s free but guests need to get a ticket for a specific time as seating is limited to 1,200 for each of the shows, repeated several times a day.

The evening light and fountain show Aquanura is another highlight. Described as a ‘giant water ballet’, there is something so elegant and graceful about its perfectly choreographed water jets moving in time with the music and lit by more than 900 multicoloured lights that it really would be worthy of any prima ballerina. 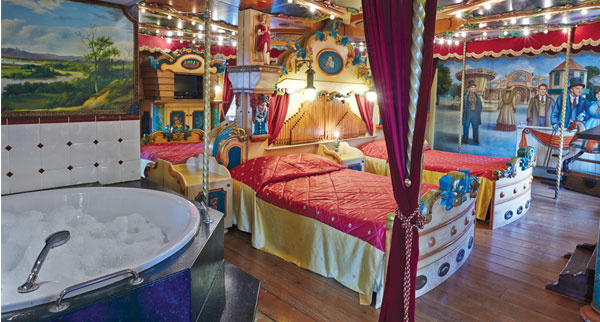 After all that excitement, parents will have no trouble getting their tired-out little ones to sleep, and they won’t even have to go far, with a good choice of accommodation on-site.

The castle-like Efteling hotel is closest, with rooms sleeping up to five, and a host of themed suites modelled on the likes of Cinderella, Snow White and Little Red Riding Hood.

The nearby lakeside village Bosrijk is a comfortable alternative, with log cabin-style apartments and houses offering a bit more independence, for groups of up to eight. And if clients don’t fancy self-catering, they can even order pizza delivery by bike.

Next year will also see the opening of a second holiday village, Loonsche Land, combining a 75-room three-star hotel with 65 holiday houses.

Efteling will open a new indoor attraction, Symbolica: Palace of Fantasy, as part of its 65-year anniversary in 2017

SuperBreak offers a two-night stay in a family room at the Efteling hotel with breakfast and entry to the theme park from £641 in total for a family of four, valid for April 2017. superbreak.com/agents