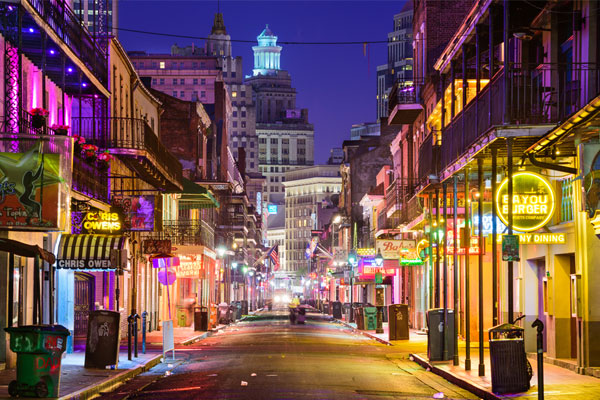 Direct flights between Heathrow and New Orleans are being started by British Airways.

BA will be the only airline to fly direct to the city’s Louis Armstrong airport from Europe with a flying time of under 10 hours.

The airline will offer a three-class service on the route using a Boeing 787-8 Dreamliner.

Flights will operate on Mondays, Wednesdays, Fridays and Saturdays from Heathrow at 3.40pm, arriving in New Orleans at 7.40pm local time.

Departures from the Louisiana city will be at 9.10pm, arriving at Heathrow at 12 noon the next day.

BA networks and alliances director Sean Doyle said: “We are really excited to be adding New Orleans to British Airways’ extensive global network. It’s a city that boasts an iconic music and arts scene and plays host to more than 130 festivals a year, including the world famous Mardi Gras.

“More than 80,000 visitors head to Louisiana and New Orleans every year and we are confident this route will be a big hit with British tourists as well as business travellers.”