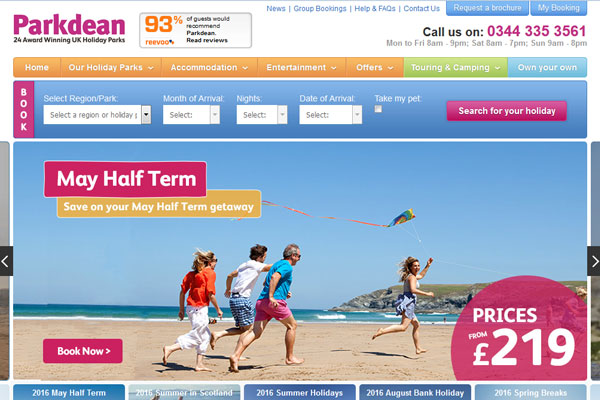 The former bosses of one of the companies which merged to form Parkdean Resorts are reportedly plotting a £1.2 billion deal to buy back the enlarged caravan and camping business.

David Boden and Nigel Brewster, the former chief executive and finance head of Park Resorts, are understood to be working on the buyout with private equity firm BC Partners, owner of Cote restaurant chain and car rental site CarTrawler.

Sources say Boden and his former management team have been in discussion with BC Partners about a takeover for the last few months, according to the Sunday Telegraph.

Less than a year later Alchemy and Electra have hired bankers at Rothschild to sell the business. First-round bids are expected to be made within a fortnight.

The company’s owners have scrapped the idea of pursuing a stock market flotation after a number of London listings were cancelled.

The auction for Parkdean has drawn interest from a roster of the biggest names in private equity including Advent, Carlyle, CVC and the UK’s Universities Superannuation Scheme.

Bidders have reportedly been encouraged by a rising demand for UK-based staycations, which will increase as the sterling slump makes it more expensive for people to travel abroad.

Parkdean Resorts, which runs 73 holiday parks, posted an 11% increase in holiday bookings over the swummer while underlying earnings last year were more than £100 million. Electra continues to own 45% in the business while Alchemy and management own the rest.

Park Resorts’ caravan parks were spread mainly across northern England, the Lake District and Scotland, while Parkdean Holidays, as the company was then known, ran holiday parks across the south-west of England.