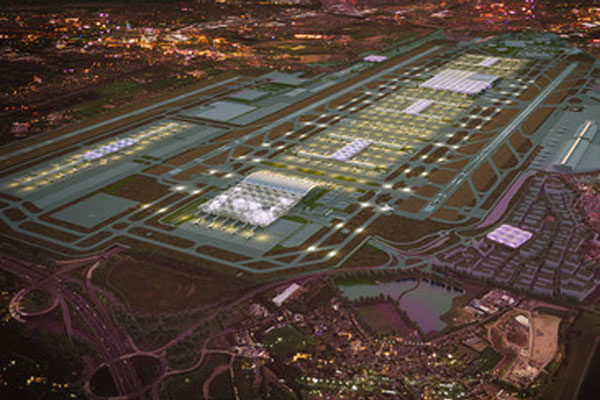 Doubts have been raised over the amount taxpayers will be forced to contribute towards the £17.6 billion cost of building a third runway at Heathrow.

This came as it emerged that they may have to pay at least £3.5 billion for road and rail links, with the government admitting that “question marks” remained over who would fund transport access to the expanded airport.

Transport secretary Chris Grayling insisted that landing charges – which add about £20 to the cost of each airline fare – would be kept as “close as possible to current levels” when the third runway is built.

However, an analysis by the Department for Transport published after the announcement cast doubt on the pledge to limit landing fees, suggesting that the freeze would be imposed for only a few years, The Times reported.

Although the £17.6 billion third runway project is being financed by Heathrow shareholders, including Ferrovial, the Spanish infrastructure group that holds a 25% stake in the airport, it will eventually need to claw back the costs from airlines and passengers.

The transport department report said: “Construction of a scheme creates a number of costs that would be borne, in the first instance, by the promoter and its investors, but which over time could eventually be passed through to its customers (airlines and potentially passengers) through charges that may be subject to regulation.”

A report by the Airports Commission last year suggested that landing charges could increase by almost half to £29 per ticket, but Willie Walsh, chief executive of British Airways’ parent company IAG, has put the figure closer to £40.

The Civil Aviation Authority has been instructed to monitor the building process and ensure that Heathrow fulfills its promise to keep costs down.

Walsh said the cost of the project “will make or break it”.

“The government’s directive to cap customer charges at today’s level is fundamental,” he said. “Heathrow is the world’s most expensive hub airport so it’s critical that new capacity is affordable.

“The airport has consistently argued that the British economy will benefit if the third runway is approved.

“Heathrow want it, argued for it and now must ensure it’s the UK and the travelling public who get the benefits from the runway, not the airport’s owners.”

The Airports Commission found that the cost of road and rail upgrades to the airport would be £5 billion. This includes improving the M25 and M4 past the airport as well as new rail links and the construction of a Crossrail station at the airport.

However, the DfT said yesterday that Heathrow had only pledged to meet “up to £1.5 billion”, which covers work on the M25 and two A-roads, suggesting that taxpayers may be forced to find the rest. It also confirmed that an upgrade of the M4 would not be included.

The bill for taxpayers could rise even higher, because Transport for London has previously put the total figure for access improvements associated with the new runway at closer to £18 billion.

Grayling admitted that there were “question marks around what schemes are actually part of the surface access [costs]”, adding: “Some of them we will have to do anyway.”

However, he said: “I expect the industry to work together to drive down costs for the benefit of passengers.

“As the regulator, the CAA will have a vital part to play in achieving this and ensuring new capacity fosters competition.

“Their aim should be to deliver a plan for expansion that keeps landing charges close to current levels. I have full confidence in their ability to do so.

A new runway will mean more daily flights to emerging markets in Asia and South America together with six more domestic routes across the UK by 2030, bringing the total to 14.

“Government will take all necessary steps, including – where appropriate – ring fencing a suitable proportion of new slots for domestic routes through public service obligations, to ensure enhanced connectivity within all the UK,” Grayling said.

Night flights will be banned as part of the agreement for the third runway, with no aircraft movements for six-and-a-half hours, probably from 11pm to 5.30am.

Noise targets will be imposed, with guaranteed quiet times every day.