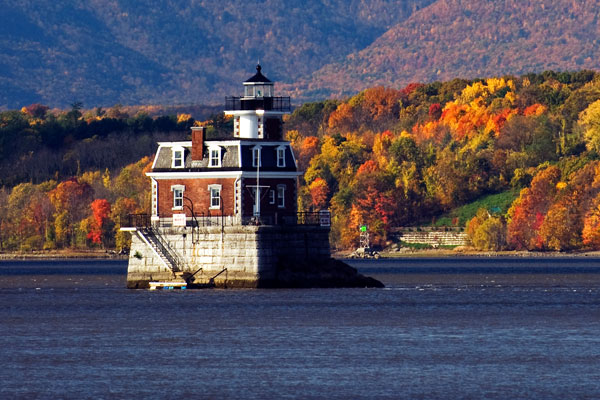 Escape the buzz of the Big Apple to find a quieter side of New York State, writes David Whitley.

New York, New York – so good they named it twice. And it’s understandable that visitors would focus all their energies on the first part of that phrase.

New York City is without question one of the most riveting, multi-faceted cities on Earth. No wonder it’s the premier US city-break destination. But the second part of the song lyric – New York State – perhaps doesn’t get the attention it deserves.

Once leaving the city, the state quickly becomes a breath of fresh spring or summer air, with hills, lakes and forests interspersed with the odd cultural or culinary treat. Head there during the autumn months, and the leaf-peeping is just as impressive as it is in New England, while the winter snows bring ski resorts in the north of the state to life.

It’s a state ideally suited to a fly-drive – once out of Manhattan, the driving is fairly stress free. Plenty of operators offer self-drive packages with suggested itineraries, such as North America Travel Service with its New York Skyline and Scenery trip. Starting in Buffalo, it takes in Niagara Falls, the Finger Lakes and the Hudson Valley, before finishing in the Big Apple. The 14-night trip, including four-star accommodation, flights and car hire, starts at £1,889 per person. 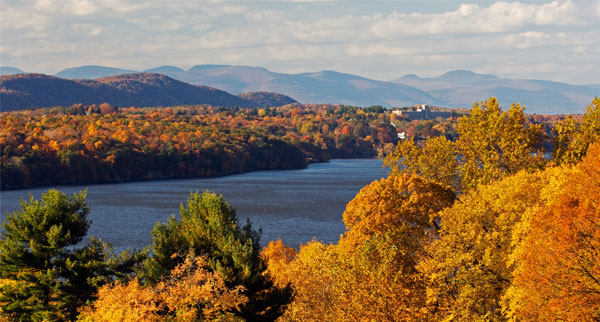 The Hudson Valley to the north of New York City is handsome and historic, with a few standout attractions. Military buffs will want to make a beeline for the West Point Military Academy, where US military officers have been trained since 1802. There are bus tours around the surprisingly scenic grounds and a museum that should keep anyone with defence leanings merrily happy for a few hours. westpointtours.com

Just to the south of West Point, outdoorsy types can take on the 390-mile Appalachian Trail which heads through the mountains of New York, New Jersey and Pennsylvania. Of course, the whole shebang is strictly for ultra-enthusiasts only, but sections of the adjoining Harriman and Bear Mountain state parks are easily accessible for day walks.

The area has a string of outrageously fabulous mansions that can be explored. Sunnyside, former home of The Legend of Sleepy Hollow writer Washington Irving, is wonderfully OTT, and tour guides in 19th-century costume add to the hokum factor. Nearby Kykuit – also in Sleepy Hollow – was once the Rockefeller summer home, and now houses an excellent modern-art collection. hudsonvalley.org

Hyde Park is arguably the most impressive stop, though. It’s where you’ll find the former mansion residence of railway magnate Frederick Vanderbilt, and also the Home of Franklin D Roosevelt. This, as the name suggests, was home to the former US president – but the museum on the premises is far more interesting. Built around FDR’s library, it ends up being a deep dive into an engrossing period of history, which covers the New Deal reforms of the 1930s, Second World War and the deployment of the first two atom bombs.

Stay: There is plenty of chain accommodation in main town Poughkeepsie, but for something more memorable, try the 1850 House Inn and Tavern in Rosendale, about 10 miles from Hyde Park. A handsome, red-brick affair with plush bedding and original 19th-century features, it starts at £139 a night. the1850house.com 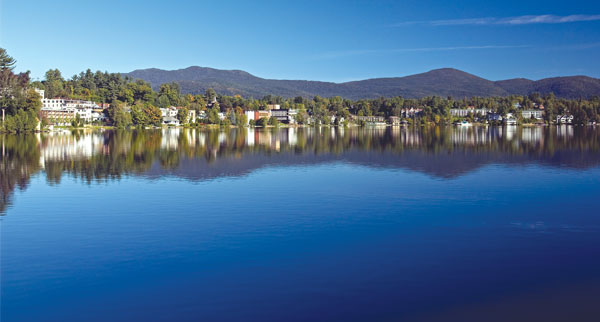 Head north of the Hudson Valley and you end up in the wilder, lesser-visited stretches of New York state. The Adirondacks are never going to match up to the Rockies, but there’s a lot of dense forest, autumn foliage, scenic lakes and reasonably substantial mountains (more than 40 peaks of at least 4,000ft) to explore.

Lake George is the main tourist town, and is a great bet for a paddlesteamer ride on the lake. But Lake Placid is the name that will ring bells, largely because the surprisingly small resort town has twice hosted the Winter Olympics. The Olympic Center was the main stadium in 1980, and now hosts a museum devoted to Winter Olympic achievements. On Fridays and Saturdays, you can watch figure skaters work on their routines.

Whiteface Mountain also has plenty of walking trails, and is the region’s prime ski resort in the winter. A snaking toll road with jaw-dropping views heads to the top, and thrill-seekers can take on the Olympic bobsled track, squished into the bob between a professional pilot and brakeman as it hurtles down at high speed.

The best mix of outdoorsiness and enlightenment, however, can be found at the Wild Center on Tupper Lake. Indoor exhibits tell of the ecosystems that have kept the natural wonders in these parts going for thousands of years, while interpretative trails head past local wildlife – including some undeniably adorable otters. wildcenter.org

Stay: The Lake Placid Lodge, which overlooks the lake, has rooms and cabins in the arts and crafts style, and is renowned for its restaurant. Double cabins start at about £279 a night. lakeplacidlodge.com 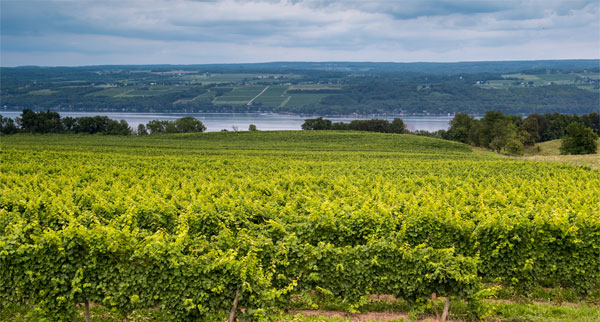 The central and western areas of the state are dominated by the Finger Lakes, a series of long, narrow slivers cutting through rolling hills. Ithaca is the main town, and home to the Ivy League Cornell University. It’s a handsome campus to walk around, and if you want something weird, then the Wilder Brain Collection in Uris Hall – a collection of brains in jars, some with significant former owners and some very strangely shaped – should do the trick.

At the region’s southern end is Corning, which has long been famous for its glass-making operations. The Corning Museum of Glass is more interesting than it perhaps sounds. It goes into everything glass – both as an art and as a science. One minute you can be learning about how the lightbulb was, in effect, invented there, the next you’re watching glass-blowing demonstrations. Visitors also have the chance to make their own glass art. cmog.org

At the northern end, the town of Seneca Falls has an unusual place in history. In 1848, a women’s rights conference was held there, and it is arguably the birthplace of the women’s rights and gender-equality movements. The Women’s Rights National Historical Park comes with a museum on the back story and the links to the slavery abolition movement. Just down the street is the National Women’s Hall of Fame, which is simple but absorbing, and tells the stories of hundreds of American women who have made major contributions to the world. womenofthehall.org

The Finger Lakes is also the premier wine region in the state (and arguably in the eastern US). Dozens of wineries cluster around Cayuga and Seneca Lakes, and they tend to specialise in slightly sweeter styles such as German-esque rieslings. Most are open for tastings, while hotels have winery maps. Quality Wine Tours offers private half-day sampling tours for $275. qualitywinetours.com

Stay: Affordable chain accommodation abounds in Geneva, but Ithaca’s Argos Inn is a more charming option. Individually decorated rooms, a historic mansion setting and a rather impressive cocktail bar make it worth the £161 a night base price. argosinn.com

Attraction World offers Niagara Falls by Air, a 12-hour flight from NYC including the Maid of the Mist (from £475) 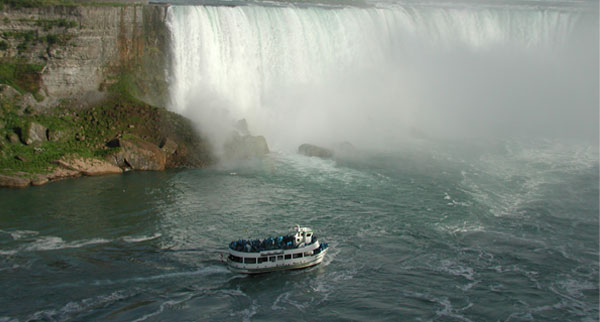 To the west of the Hudson Valley – and easily tackled on the way to the Finger Lakes – is the wonderfully apple-pie town of Cooperstown, with its quaint houses, baseball batting cages and pretty lakeside location. The Baseball Hall of Fame tells the story of how baseball developed to become the US’s favourite summer sport, while also divulging the ludicrous, pinch-of-salt tale of how baseball was invented in Cooperstown by Abner Doubleday.

Niagara Falls is about a two‑hour drive from the Finger Lakes. The Canadian side of the falls is better set up for tourism, but it’s still possible to do the fantastic Maid of the Mist boat cruise from the American side. This heads up close to the roaring tumult and the bottom of the falls, and gets everyone on board wet as they realise just how much water is pouring over the ridge. maidofthemist.com