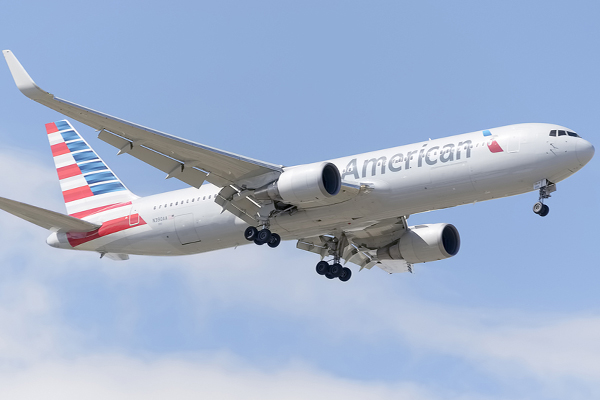 The Boeing 767 was about to lift off the runway when it suffered an explosion on to the right-hand engine.

Take-off was aborted and passengers were evacuated on escape slides.

The aircraft was due to take off on a flight to Miami with 161 passengers and nine crew on board when the incident occurred on Friday afternoon.

The airline said the aircraft suffered from an engine malfunction just before the fire.

Local TV reports showed a large plume of smoke coming from the right of the 767 as passengers fled down emergency slides.