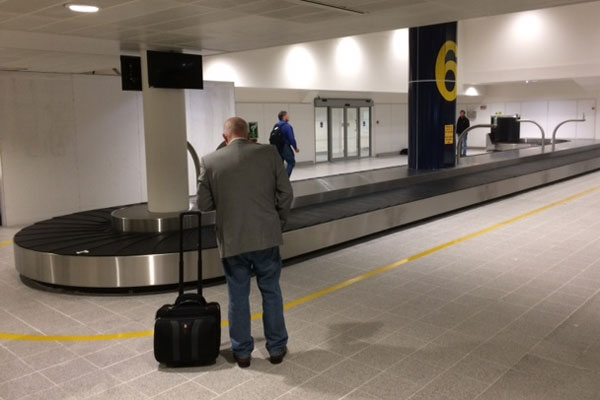 An additional baggage carousel has been installed within the international arrivals hall at Manchester airport’s Terminal 3.

The airport has spent £1.2 million to improve facilities for passengers arriving back into UK.

The work has taken a year to complete, including a “significant” number of changes made to the layout of the terminal to allow for the new baggage carousel.

The number of flights operating from Terminal 3 has increased by 34% over the last three years.

Ryanair and Flybe are running more flights from the terminal and airlines such as Vueling Airlines and Iberia Express have also started operating.

The airport’s head of Terminal 3, Matt Etchells, said: “The task of installing the baggage carousel was a significant challenge due to the limited space within the terminal.

“The project team at the airport and contractors brought into deliver it, performed brilliantly to get the carousel operational in time.

“The new carousel will allow the terminal to handle more international passengers at any one time and makes it a nicer, more open space for passengers using the area.”