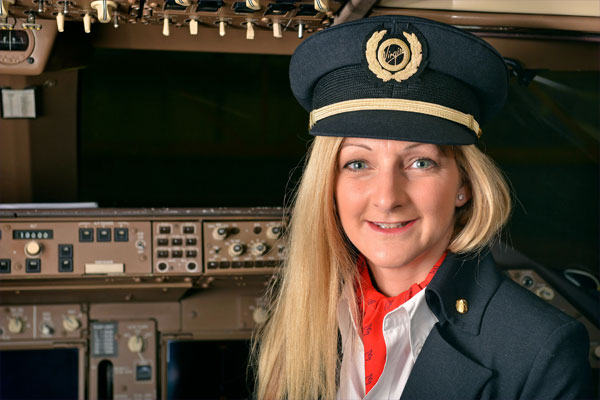 Virgin Atlantic is offering 12 spaces on its 2017 Future Flyers programme which leads directly to a job as an airline pilot.

The recruits will be the only ones in Europe to start their career on wide body Airbus A330 aircraft, operating long-haul flights to destinations such as Delhi, New York and Barbados, according to the airline.

The training scheme, now in its third year, sees the carrier underwrite loans for successful applicants who require financial support and provides full-time jobs to all those who successfully complete the training.

Virgin Atlantic has previously attracted cadets from different skill sets, including paramedics, a policeman, a bartender, a credit controller and a ski instructor.

The number of women who have secured a place is outpacing industry standards with 22% of those currently in training being female, compared to an average of around 5% across the global pilot workforce.

Successful candidates participate over an 18-month period from trainee through to first officer at training organisation CTC Aviation’s crew training centres in the UK and New Zealand.

The programme also offers the opportunity to complete a BSc honours degree in professional aviation pilot practice – in partnership with Middlesex University – alongside training.

The airline’s flight operations vice president Dave Kistruck said: “Our Future Flyers programme continues to receive record applications and really underpins the importance of opening up access to everyone who has ever dreamed of becoming a pilot.

“I’m excited we’re continuing to work with our partners at CTC to make a flying career truly accessible for everyone – whatever their background.”