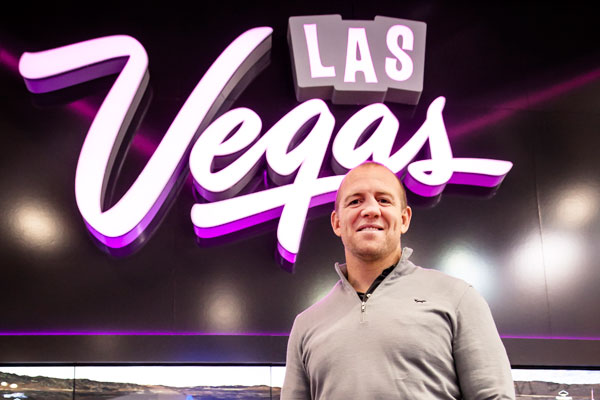 Las Vegas is highlighting its sports and wellness offering at this year’s World Travel Market at it revealed hopes of attracting big name Premier League football teams to play in the city.

A new 65,000 seater sports stadium has just been approved for construction at which Vegas hopes to complete successful negotiations with American football NFL side the Oakland Raiders to play.

Michael Goldsmith, Vice President of international marketing at the Las Vegas Convention and Visitors Authority, said the destination is on track for a record year for visitor number after both 2014 and 2015 beat previous records. The city welcomed 42 million visitors last year with the UK it’s biggest international source market on 750,000.

Goldsmith said the UK was seeing ‘consistent’ growth supported by additional direct connections from the likes of British Airways, Virgin Atlantic and new flights from Gatwick on Norwegian. Thomas Cook also had a seasonal flying programme.

“We would love to see the likes of Manchester United come over and play Barcelona,” said Goldsmith who said the new stadium will “unique features” for a sports stadium now Vegas has been given the chance to build something from scratch.

Vegas already plays host to an NHL development ice hockey team and an annual round of the world rugby sevens competition as well as being synonymous with major boxing matches, rodeo and car racing.

The destination will also push its popular music festivals including the Electric Daisy Carnival dance event that attracts 300,000 people. It is also highlighting its world leading hotel spas, outdoor activities like hiking and golf and health and beauty attractions like Red Rock Canyon and yoga with dolphins and on the High Roller ferris wheel.

“Many places have things like fine dining, golf and entertainment but Las Vegas has all of these in a relatively small area,” added Goldsmith.

Goldsmith said he was not concerned about the impact of sterling’s slump against the dollar post Brexit referendum saying Las Vegas is extremely cost effective for all levels of visitor.

“We see people almost experience Las Vegas as a video game. The first time they come they come with friends and stay three star and order pizza and walk around. The next time they may come back with their wife and stay in a four star property and take in a show and go out for a nicer dinner. There are many different price points depending on what level you are at. Las Vegas provides a lot of value.”

The US city has spent the last eight months developing the technology behind an interactive video wall that will tour trade and consumer travel shows around the world promoting the destination.

As well as a tool to drive interest in Las Vegas in the highly competitive trade show floor space, the technology is also being used to train trade partners and in partnership with agents and operators who use it as a sales tool.

The video wall allows users to select a property or experience and access detailed information, imagery, video and 360 degree views.

Currently there are 5,000 images, 150 pieces of video content, and 110 360 degree images available, much of them shot by the tourist board, but the volume is growing as hotel and attractions partners come onboard.

The technology can also be rendered down to smaller touch screen devices like laptops, tablets and TVs so trade partners can use it to promote Vegas to customers or train staff.

The interactive video wall was due to be officially launched today by England World Cup winning rugby union player Mike Tindall and Gethin Jenkins, the Wales and British and Irish Lions prop.