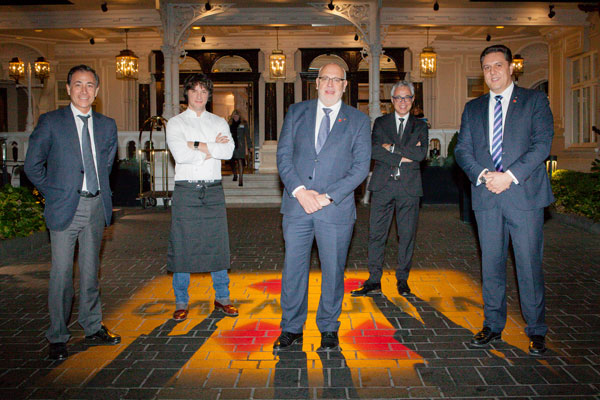 The Brexit vote “hasn’t affected” tourism to the Spanish region of Catalonia, according to its tourist board chief, with security concerns playing a bigger role in driving the growth in British visitor numbers to a projection of nearly two million this year.

The number of UK visitors to the region rose to 1.8 million in 2015, a 4.2% increase on the previous year, but 1.7 million Brits have already paid a visit to the area in the first nine months of this year – a 6% rise year on year – which is likely to leave the destination close to its target of two million British visitors by the end of next month. The number of British tourists has increased every year since 2011.

Speaking at an annual gala dinner in central London, attracting more than 100 members of the UK travel trade, Vicenc Capdevila, UK & Ireland director for the Catalan Tourist Board, said: “Brexit hasn’t affected us at all this year, in the first nine months of the year we have had more than 1.7 million [British visitors], which is 6% up year on year. I think we are going to be very close to two million, and 2017 is going to be even better.

“Our air capacity has increased, especially with the flights from Jet2.com and Ryanair to Girona which started in summer. But one of the main reasons is what has happened in the south of the Mediterranean. When you look at some of our competitors for sun and beach, like Turkey and Tunisia, they’re going through difficult times. So many British tour operators have diverted their flights to ‘safer’ destinations like Spain, especially for families who want to go somewhere familiar.”

The operator has increased its number of training sessions and roadshows with agents in the UK, including a visit to the headquarters of Barrhead Travel later this month, and is running joint marketing campaigns with selected hoteliers.

Capdevila also attributed the region’s heightened profile to its selection as a European Region of Gastronomy for 2016, flying over the two-Michelin-starred chef Jordi Cruz – the youngest chef in Spain and the second-youngest in the world to receive a Michelin star – for the gala dinner.

Capdevila added: “A lot of people are interested in food, and even if very few travel just to try new restaurants, when you are comparing two destinations, then gastronomy adds extra value. Eating out is quite affordable in Catalonia, and this title has definitely helped us with branding.”