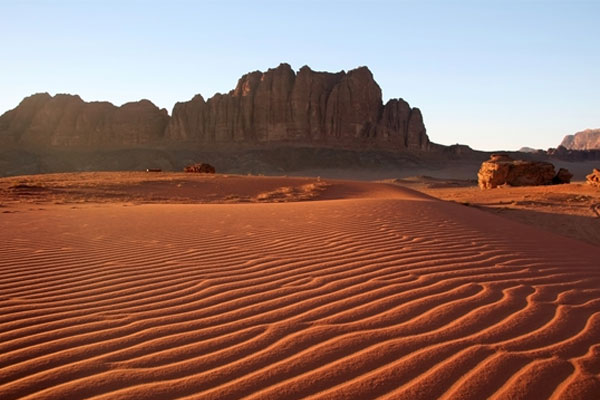 A £1 million marketing campaign to combat negative perceptions of Jordan is starting to pay off, according to the tourism board, as the country prepares to host the Association of Independent Tour Operators (Aito) 2016 conference and welcomes back several operators that had previously dropped the country from their programmes.

Adel Amin, director of marketing for the Jordan Tourism Board, said the country had begun a sustained campaign with branded buses and billboards, as well as print, TV and digital advertising in September 2015, spending more than £1 million in the UK market over an 18-month period.

The UK and Germany are the two biggest source markets in Europe, with British visitor numbers increasing by 5% in the period from January to September this year.

Speaking at World Travel Market, Amin said: “Having such an event in Jordan definitely gives a signal to the UK market. We have been working on getting over the perception issue with what’s going on in the region. We have some ‘noisy’ neighbours, but having such an event for the travel trade from the UK definitely confirms that Jordan is a destination that should be on the bucket list; it’s a very safe destination.

“We focused on the UK as a prime feeder market to the destination, so we started our campaign quite early. That created more of a positive image about the destination and sent a good signal to the market.

“We have been really invested in this market and it has turned out to be the right move.”

A renewed focus on adventure travel – including the opening last month of the 650km Jordan Trail, a hiking route which passes through 55 towns and villages en route from north to south – is one of the country’s core messages for next year, alongside a focus on cultural highlights, wellness and medical tourism, and faith-based travel.

Amin added that the tourism board was working with its partners to develop an incentive scheme for travel agents and tour operators, and would be looking at fam trips next year venturing beyond Petra to less-visited destinations.