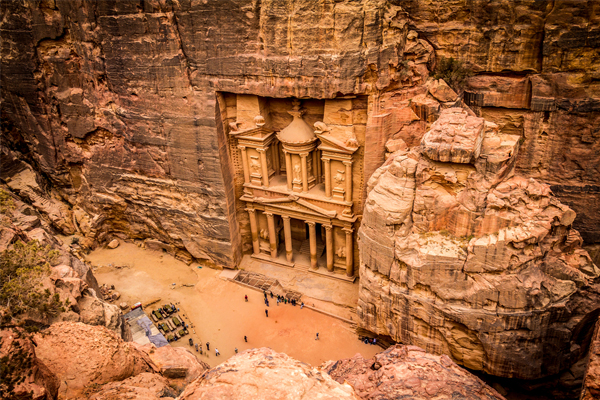 Public misperception is the biggest challenge to Jordan as a holiday destination, according to the tourist board.

Speaking at the annual Aito 2016 conference, Jordan Tourism Board managing director Dr Abed Al Razzaq Arabiyat called on the trade and holidaymakers to act as “ambassadors” to help tourism to the country.

He said: “Misperception is the biggest threat. We strongly believe that the message we can send abroad is that Jordan is a peaceful country but what is going on in other countries like Syria will definitely affect us. We are the calm house between noisy neighbours.”

Al Razzaq said the tourist board was committed to working with the UK trade to market the destination. “Tour operators and travel agents play a major role to get people to come to the country,” he added. “We need people to come here and be ambassadors.”

The tourist board is concentrating its marketing efforts on resilient tourist markets, such as the UK, he said, where it has just spent £1 million on an 18-month campaign . The country has also launched a 650km Jordan Trail, a tourist walking trail through 52 villages in the country.vAlready the marketing efforts have made a difference, added Al Razzaq, who said there had been a 5% increase in UK overnight visitors in Jordan for the first ten months of this year.

Al Razzaq said the country had also reduced its airport departure tax significantly to attract low-cost carriers to Jordan, and is hopeful some may decide to start flights to the destination in the near future.

Travel Stop owner Bridget Keevil, speaking on a panel at the conference, said it was up to travel agents to “dig deeper” into what clients wanted on holiday and help correct misperceptions about Jordan. She said: “It’s about matching up what people want and showing them their perceptions are not the same [as reality].”