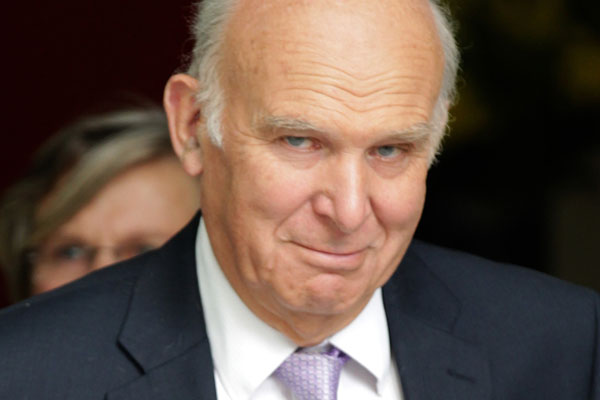 Brexit and the election of Donald Trump in the US may not be the last of the “black swans” to affect the UK economy, former secretary of state for business, innovation and skills Vince Cable warned tour operators and travel agents.

Speaking at the annual Association of Independent Tour Operators overseas conference in Jordan, Cable said there was no doubt Britain was now heading for a slowdown, with “a few years of great uncertainty and slower growth” to come.

“The popular political movements this year may not be the end of it,” he said.

He pointed to the examples of Austria and Italy, adding: “Austria might get an extreme far right president. Italy’s current prime minister might lose the referendum which would create months of uncertainty. If there is another ‘black swan’ event this year it will be Italy; its banks are in a horrid state and could well go down.”

Cable said the current economic uncertainty dated back to the 2008 financial crisis, which he described as the economic equivalent of a heart attack.

“Eight years ago there was a ‘black duckling’; we are now living with the consequences of that crisis. You cannot understand what Brexit or Trump was about without looking at the tail end of the financial crisis,” he said.

He said workers in the UK were now poorer than they were in 2008. “A lot of workers have incomes that are less than 2008. The ‘patient’ was kept alive by using very low interest rates.

“We now have the lowest interest rates since the Baby Boomers and it’s had consequences on savers and pumped up the price of property. Our own government has acquired massive public sector debt.”

The impact of the current economic crisis for the travel sector was on currency, with the devaluation of the pound, he added. “Tourism in the UK is now much more attractive and profitable but it’s more costly to travel overseas.”

Cable said that it was unclear what would happen on travel specific issues such as aviation regulation covering safety, training, the environment and passenger protection.

“These are all covered by European Union agreements and we do not know whether the purpose of leaving is to escape these or whether it’s to consolidate; there is massive uncertainty,” he said, adding: “The third party EU agreements with the US and Canada on aviation, will these continue?”