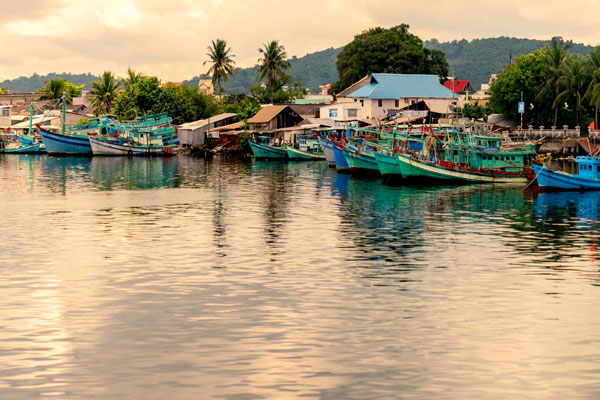 Stay on top of the most interesting new flights for 2017, writes Samantha Mayling.

Think Routemasters are just a type of London bus? Sure, they’re a common sight on in the capital, but every travel agent should aim to become a ‘route master’ too.

Knowing the ins and outs of the routes launching next year not only helps you keep your finger on the pulse, but it opens up new opportunities to sell more – by getting in touch with existing customers who have been the region before or by encouraging others to give it a go now they don’t have to catch a connecting flight.

Here, we round up a handful of the highlights so you can stay ahead of the game. 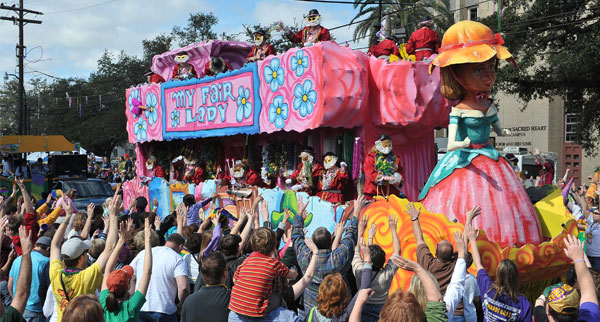 Tell me more: The service starts on March 27, connecting Big Ben with the Big Easy and making BA the only airline to fly direct between Europe and the Louisiana city.

On arrival: New Orleans is famous for its music, arts and festivals, with Mardi Gras the jewel in the crown. Holidaymakers can follow jazz and blues trails, visit sugar cane plantations, cruise the Mississippi River or drive a short distance to the Alabama Gulf Shores and Orange Beach.

In 2018, the city will celebrate its tricentennial and open a North Terminal at the airport.

Book it: Return fares from £599.britishairways.com 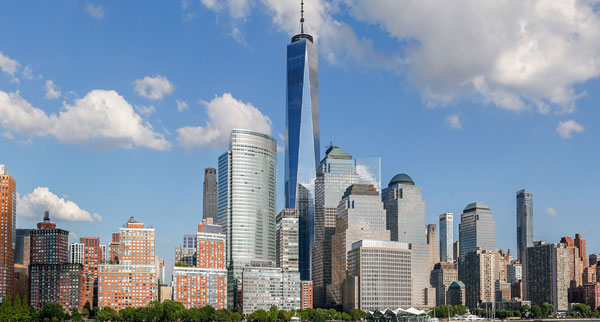 Tell me more: The service begins on May 26, and will be the only non-stop flight from Glasgow to JFK. It follows Delta’s launch of Edinburgh-JFK this summer.It’s a busy time for Glasgow, as Ryanair has revealed its biggest summer schedule from the airport, adding Valencia, Lisbon, Zadar and Palanga in Lithuania.

On arrival: New York is the city that never sleeps, with world-class shopping, dining, theatre and culture. The must-see list includes the Statue of Liberty, Empire State Building, 9/11 Memorial and Times Square.

Book it: Return fares from £603.delta.com 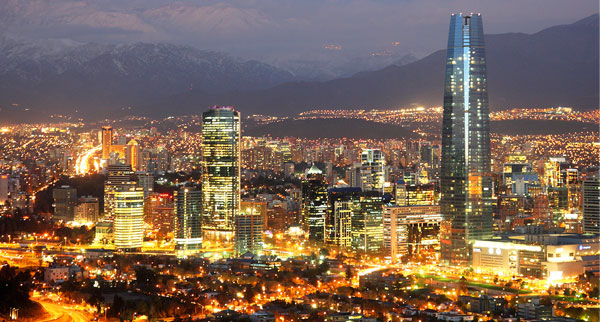 Tell me more: With a flight time of 14 hours 40 minutes, Santiago will become BA’s longest route when it starts on January 3. It’s the only direct flight between London and the Chilean capital, and follows other BA launches to San Jose in Costa Rica and Lima in Peru.

On arrival: History buffs can explore the colonial heritage, while active holidaymakers can ski and snowboard; trek in the Andes; or try water sports along the coast. The region is famous for its vineyards and natural attractions, from lakes and glaciers to the driest desert in the world.

Book it: Return fares from £814. britishairways.com 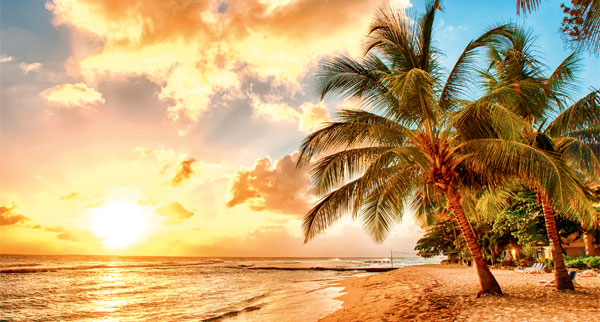 Details: Thomson flies every Tuesday on a 787 Dreamliner.

Tell me more: Ahead of the rebrand to Tui, Thomson and First Choice will expand long-haul holiday offerings by almost 20% in 2017. As well as Cuba, Thomson is launching Saint Lucia, Dubai and Miami next summer, following the long-haul destinations such as the Maldives and Sri Lanka.

On arrival: This is Cuba, but not as you know it – away from the crumbling colonial buildings of Havana, Thomson features hotels in Cayo Santa Maria, 100 miles off the north coast of Cuba. Linked to the mainland by a manmade causeway, the island’s main attraction is its eight-mile-long white-sand beach.

Book it: Return flights from £635.thomson.co.uk 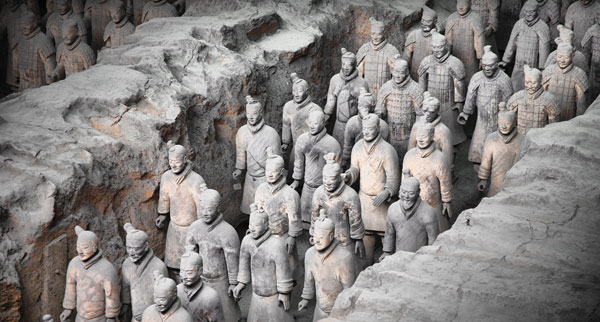 Details: Tianjin Airlines has confirmed the route, but timings are yet to be confirmed.

Tell me more: It will launch in May as the UK’s only direct flight to Xi’an in Shaanxi Province. The UK and China signed a deal in October to increase the number of flights between the two countries, albeit after BA announced it would scrap its direct Chengdu service in January.

On arrival: One of the oldest cities in China, and once an ancient imperial capital, Xi’an is home to the famous Terracotta Army, a Unesco World Heritage Site.

Book it: Fares yet to be released.tianjinairlines.co.uk 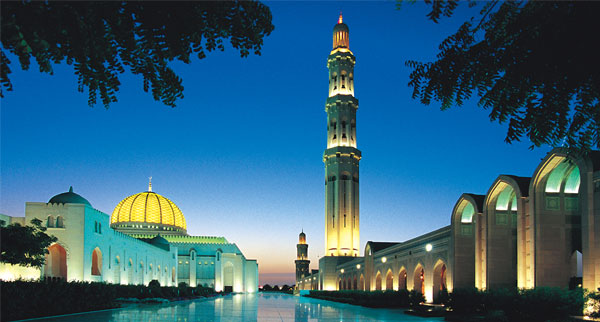 Details: Oman Air starts a daily service on May 1, with an A330.

Tell me more: The service is in addition to the airline’s double-daily flight from Heathrow, making Manchester the only UK airport outside London to have direct flights to Muscat.

On arrival: Between the Gulf of Oman and the mountains of AI Hajr Al Sharyi, Muscat offers the chance to experience traditional culture and architecture alongside modern life.

Must-see attractions include the 16th-century forts of Al Jalali and Al Mirani; the city’s parks and gardens; and four main museums. Beach activities include water-skiing, kayaking and scuba diving, while souvenirs can be bought at the souk in Muttrah.

Book it: Return fares from £529.omanair.com 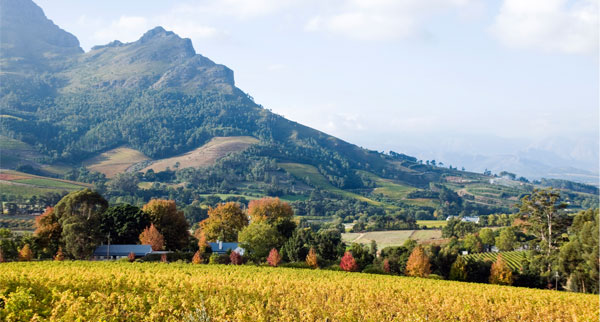 Tell me more: Thomas Cook has added the South African city as part of its long-haul expansion, just after British Airways launched a service from Gatwick in November.

On arrival: Cape Town makes an ideal city break during the British winter, catering to cultural sightseers, hikers who fancy a trek up Table Mountain, and gourmet gurus seeking quality food and wine in the city and the surrounding Cape Winelands. The exchange rate means South Africa is still affordable for Brits, even with the ongoing fluctuations in the pound. The Post Office Travel Money survey recently named Cape Town as the best value long-haul destination.

Book it: Return fares from £910.thomascookairlines.com 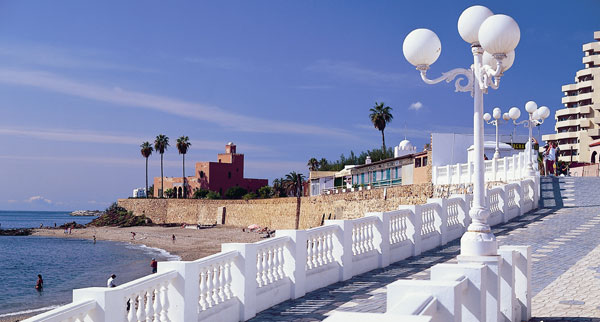 Details: Thomas Cook will fly twice a week (Saturday and Wednesday) from April on an A321, replaced by an A320 in May.

Tell me more: Thomas Cook is returning to the Costa del Sol and Malaga for the first time in four years. Thomas Cook UK managing director Chris Mottershead said the Turkish coup and terror attacks in Turkey and North Africa mean capacity is being shifted to “old favourites” such as Malaga, along with new destinations such as such as Sicily and Croatia.

On arrival: The Costa del Sol is the original home of the sun, sea, sand and sangria holiday. Resorts include Benalmadena, Torremolinos and Marbella, but banish those 1970s stereotypes: it might retain an air of Brits abroad, but Malaga boasts two ancient Moorish castles and a Roman amphitheatre, there are water sports aplenty, and pretty towns such as Mijas in the hills.

Book it: One-way fares lead in at £50.thomascook.com 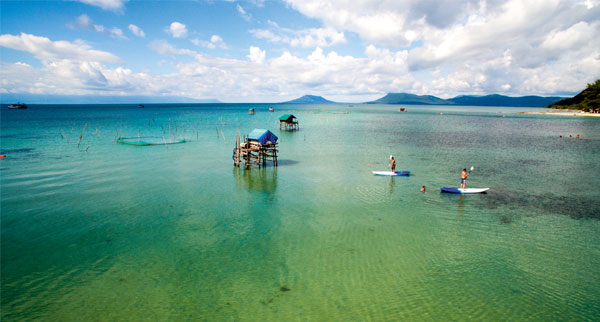 Details: Thomson Airways flies every Wednesday on a Boeing 787 Dreamliner.

Tell me more: Thomson launched flights in November to the island of Phu Quoc, off the southwest coast of Vietnam and previously reachable via Ho Chi Minh City.

On arrival: Vietnam’s largest island, Phu Quoc, offers holidaymakers desert-island-style beaches, jungles and reefs, with local markets and to-die-for Vietnamese food. Its hotel stock is growing, with several refurbs and openings as the island upgrades its accommodation to draw international tourists. Thomson’s Tour and Stay options include stops in Hanoi, Halong Bay and Ho Chi Minh City in Vietnam, and a trip along the Mekong River to Angkor Wat in Cambodia.

Book it: Return fares from £819.thomson.co.uk 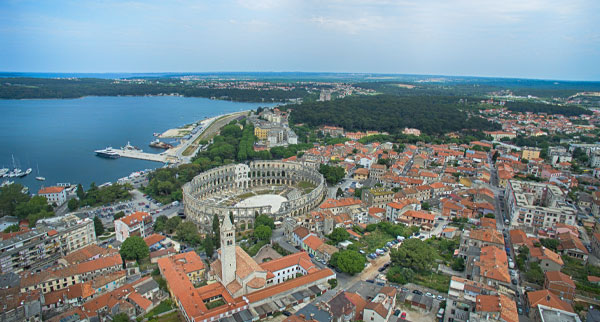 Tell me more: Jet2.com surprised the trade by expanding beyond its traditional northern bases with a host of spring/summer services from Stansted and Birmingham to Mediterranean resorts. Croatia is seeing more British tourists each year, thanks to the shift away from Turkey and North Africa and expanding product in-destination. British Airways will also introduce Pula next year.

On arrival: Pula is famous for its Roman and Byzantine architecture, most notably the 2,000-year-old amphitheatre. As well as offering an alternative to established city-break spots such as Split and Dubrovnik, it’s also a gateway to the beaches and forested parks of the Istrian peninsula. 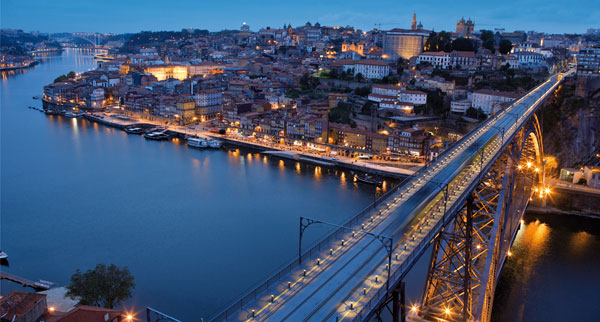 Route: Luton and Manchester to Porto.

Details: Monarch, from Luton on Tuesday, Saturday, Sunday; from Manchester on Thursday, Friday and Sunday, with an A320 and an A321 aircraft.

Tell me more: With Sharm el-Sheikh still off limits for air travel, Monarch is shifting capacity to European destinations, including Portugal. The northwest city of Porto joins Lisbon, introduced last summer, Faro and Funchal. Porto flights start April 28, along with new services to Stockholm and Zagreb.

On arrival: Porto is in the top 10 ‘best value destinations’ in Lonely Planet’s Best in Travel 2017. Renowned for its port wine and architecture, the coastal city offers visitors the chance to tour its port wine cellars or take a cruise on the River Douro.

Book it: Return fares from £89.monarch.co.uk 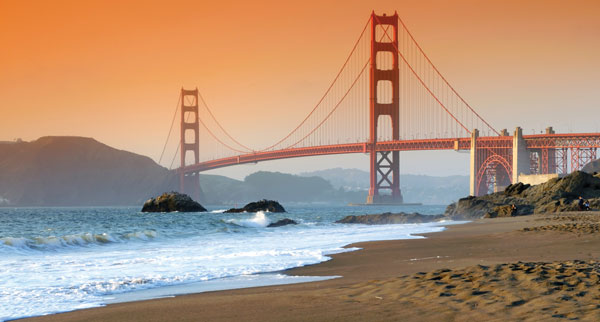 Details: Virgin Atlantic offers three flights a week (Tuesday, Friday, Sunday) from March 28 on an A330-300.

Tell me more: This is the first time in the airport’s history there has been a direct route to San Francisco, and comes as Virgin launches Boston and JFK services from Manchester.

On arrival: Tourists can see famous landmarks such as the Golden Gate Bridge, Alcatraz and Fisherman’s Wharf. A massive expansion of the San Francisco Museum of Modern Art has more than doubled the size of the original museum, which boasts work by Andy Warhol and Jackson Pollock. The Bay Area is also home to the vineyards of Napa Valley and Sonoma, as well as Silicon Valley, headquarters of Google, Facebook and Apple.