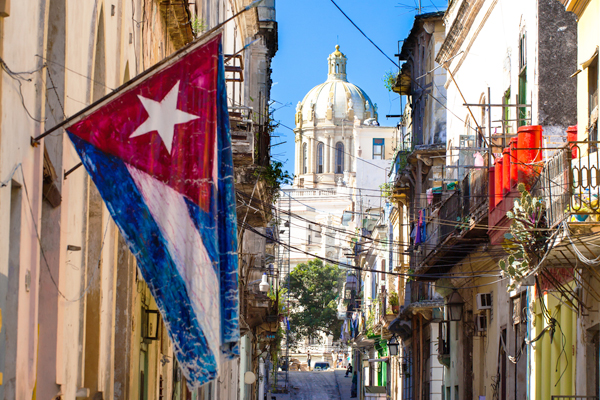 Five US brands operated collectively by Norwegian Cruise Line Holdings and Royal Caribbean Cruises have received the green light to start sailing to Cuba next year.

Norwegian will become the first US cruise operator to have all three brands – Norwegian Cruise Line, Oceania Cruises and Regent Seven Seas Cruises – operating to the Caribbean island which has been off limits to American cruise passengers for more than 50 years.

The itineraries will have to comply with US Department of Treasury rules that permit travel companies to transport approved travellers to Cuba to engage in ‘people-to-people activities’ as defined by the US Department of Commerce, Office of Foreign Assets Control (OFAC).

However, the 710-passenger vessel is being returned to the UK-based line next May with Fathom to continue as a shore-based brand only as Carnival Corporation works towards agreement for a larger ship to continue serving Cuba from summer 2017.

The first cruise to Cuba by a NCLH brand is due to depart from Miami on Oceania Cruises’ 1,250-passenger ship Marina on March 7, 2017 with selected Caribbean itineraries featuring calls on Havana, including many multiple-day calls.

Norwegian Cruise Line’s 1,928-passenger Norwegian Sky will also run a series of four-day voyages that will overnight in Havana in May 2017.

Full itinerary details and on sale dates for voyages that call on Cuba will be available today for Oceania Cruises, later this month for RSSC and on December 20 for NCL.

Passengers will have a selection of shore excursions to choose from, all of which offer an authentic Cuban experience that explores the people, art, history and culture of the island, which are in compliance with OFAC regulations.

NCLH president and CEO Frank Del Rio said: “We are tremendously excited to have all three of our award-winning brands receive approval from the Cuban authorities to offer cruises to Cuba from the United States.

“As a Cuban-American and founder of Oceania Cruises, I am incredibly proud that one of Oceania’s vessels will be our company’s first to sail to Cuba.

“This is truly a dream come true for me, and I cannot wait for our loyal guests to experience the sights and sounds of my hometown of Havana and get to know its rich culture and its warm and welcoming residents.”

Royal Caribbean Cruises chairman and CEO Richard Fain said: “Our guests have expressed real interest in having the opportunity to experience Cuba, and we look forward to bringing them there.

“Our discussions with our travel partners indicate that Cuba is a destination that appeals to a new generation of travellers.”

Oceania Cruises has scheduled three sailings in March to include Cuba.

The calls will be on one 14-day and two 10-day Caribbean cruises from Miami. Each will call in Havana with two of the voyages staying overnight to offer two full days in the island’s capital.