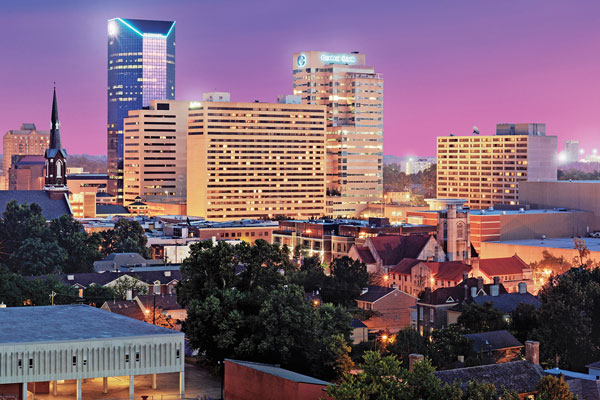 From horses and steamers to bourbon and bluegrass, Laura French gets a kick out of Kentucky.

From beneath a distinctly southern, slow drawl I make out the words “this is where me and Cassius used to sleep”.

Rahman Ali, younger brother of three-time world boxing champion Muhammad Ali, is showing us around their 1940s childhood home-turned-museum in Louisville, Kentucky, and I can’t quite believe it’s happening.

Hearing tales from a man who’d grown up with arguably the world’s greatest-ever boxer – and at a time when civil rights were little more than fantasy – wasn’t exactly something I’d envisaged when I’d set out on my trip to Kentucky.

But then neither was venturing through the earth into the world’s longest cave, winning at the Fall Meet horse races, or zip-lining 170 feet over the treetops at an 800-acre amusement park.

In fact, beyond KFC and the Derby, I knew almost nothing about this mideastern state, which meant that finding the unexpected came to define my whole trip. And it didn’t take me long to realise that Kentucky had a whole lot more going for it than Colonel Sanders and his 12-piece buckets, or Jim Beam and his bourbon (not that whiskey was left untouched – we sampled nine in a day).

Among the state’s biggest treasures, of course, is Louisville. Set on the Ohio River, it’s a diverse, cosmopolitan city where once-gritty neighbourhoods like ‘NuLu’ have been revitalised into modern hipster havens, and where the skyscrapers of Downtown vibrate with the beat of live music gigs from the Vegas-style entertainment complex Fourth Street Live! 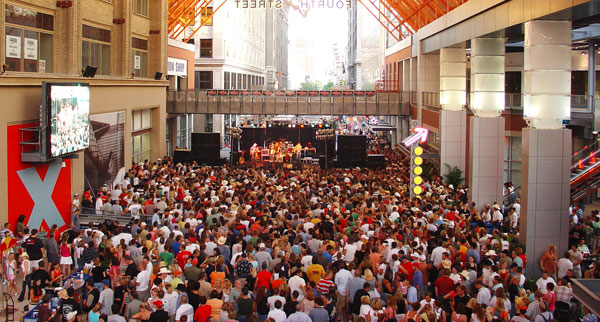 Bluegrass has its roots in the area and it’s not hard to find a venue playing it, but this isn’t quite New Orleans or Nashville. In the day the city is calm, its life focused around Main Street, where 10 visit-worthy museums – including the Muhammad Ali Centre ($9 for adults) – offer up cultural treasures.

Bourbon is the real lifeblood of the city, though, which is perhaps unsurprising given that 95% of the world’s produce is made in the state. I can’t say I’m a bourbon connoisseur – a sentiment my facial expressions may have given away – but three distilleries in a day certainly went some way to converting me. 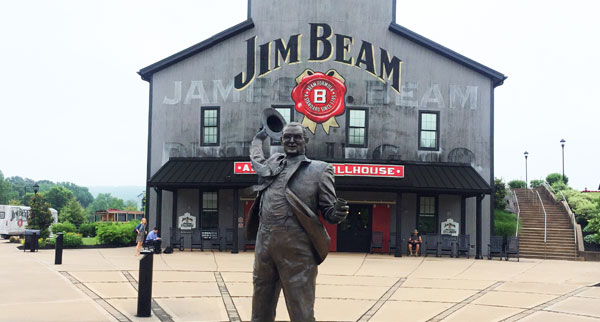 The Jim Beam distillery here is huge, with informative guides offering plenty of historic insight, but for a more intimate experience, suggest the family-owned Evan LWilliams ($12 for an hour’s tour). As the first commercial distillery to have opened in Kentucky, it has a long history, and downstairs there’s a real‑life speakeasy which opened during the days of prohibition, when the bourbon and farming industries took a severe battering. evanwilliams.com

But the big surprise was to be found farther south in the calmer, smaller city of Bowling Green, where I found myself exploring the underground Mammoth Cave, a Unesco World Heritage Site and National Park whose labyrinth of dark, limestone chambers stretches over 400 miles.

Here the rocks look like a cluster of frozen cacti, and monster faces seem to peer down from the ceiling. Ducking every two seconds to avoid a collision, I was grateful for the lights – until our guide switched them off and we were plunged into the pitch black, senses awakened to the sounds of dripping water and the smell of damp, earthy air. 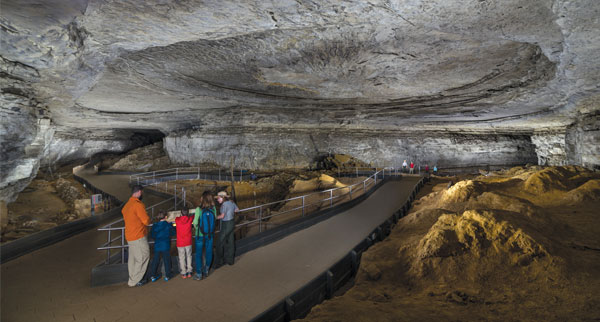 Despite all that, Mammoth Cave is a memorable experience that’s well worth recommending. There are several tour options, ranging from the six-hour Wild Cave Tour for adventure seekers to the simpler one-hour Frozen Niagara Tour, which costs $15. nps.gov/maca

Of course, Kentucky wouldn’t be Kentucky without its horse heritage. The Kentucky Derby sees more than 150,000 visitors from across the world flock to Louisville’s Churchill Downs every year – next year’s race is on May 6 – but it’s not the only time or place clients can see the races. Over at Keeneland Racecourse in Lexington we were lucky enough to catch the first day of the Fall Meet, which takes place for three weeks every October, with its Spring Meet taking place in June.

If clients are looking for an authentic, all-American experience, this is it – think groups of preppy college kids and well-heeled families tucking into hotdogs, burgoo stew and bourbon cocktails, while cheering on their horses with the type of enthusiasm you’ll struggle to find outside the US. I placed a few bets and found myself a lucky winner. Admittedly, it was only $10, but amid the festival vibes and under a glaring blue sky, I was buzzing. 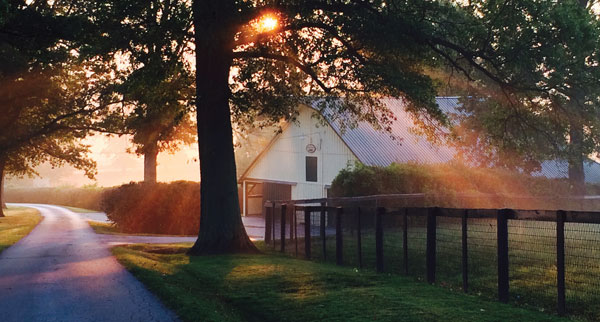 Those who want to delve a bit deeper into the equine life should visit nearby Runnymede Farm. Set among verdant fields and idyllic, gently rolling hills, it’s a century-old, family-run farm where chief executive Brutus Clay speaks with passion about the horses he and his family have raised, which include Undrafted, the winner of last year’s Ascot Golden Jubilee Stakes.

It’s clear that raising and riding horses means serious business here. When we visited the Old Friends horse farm nearby, owner Michael Blowen recalled the arrival of race-winning horse Silver Charm as “the most memorable day of [his] life”, and the nearby Kentucky Horse Park – which offers demonstrations, carriage rides, guided trails and more – draws in more than a million visitors a year. 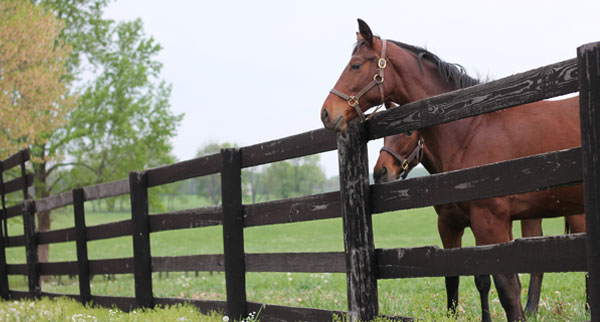 There’s life beyond the horses, though. Lexington itself is a vibrant, lively city with a music and nightlife scene to rival larger Louisville’s, and we enjoyed bopping along to local bands at the outdoor festival that takes place every Thursday from early April to mid-October.

As all this suggests, Kentucky is no one-trick pony (excuse the pun), and up in the north on the Ohio border, across the Ohio River from Cincinnati, lies Newport, the original ‘Sin City’. Until the 1960s this was the gambling capital of America, where Hollywood stars such as Frank Sinatra, Dean Martin and Marilyn Monroe came to party and perform in its seedy clubs. It was a place where anything went, an ‘open city’ that had risen to fame during the years of prohibition, when it was ruled by criminals and bootleggers such as George Remus, said to be the inspiration for The Great Gatsby. This shadowy history is unveiled on the Newport Gangster Tour ($20 for two hours). americanlegacytours.com 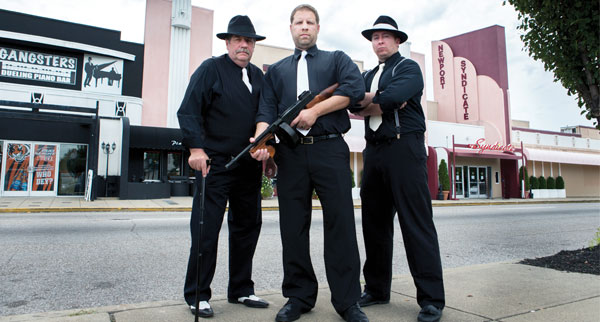 It was a surprising highlight of the whole trip, as was the Dixieland Jazz Brunch Cruise, which runs every Sunday ($42). Cruising down the Ohio River provided an idyllic, relaxing end to our Kentucky adventure, with swinging music, a huge buffet of southern food and serene views – and I even got to meet the captain for a selfie. Now if that’s not the life, I don’t know what is. bbriverboats.com

America As You Like It offers a week in Kentucky from £1,240 including car hire and flights in February. americaas youlikeit.com

United flies to the US from five UK airports, with connections to Louisville, Lexington and Cincinnati. Flights from Heathrow to Lexington start at £760. united.com

Galt House Hotel, Louisville: With 1,000 rooms set across 25 floors, the Galt House is huge, offering several on-site bars, shops, salons and restaurants, all decked out with elegant wooden interiors. From $149 per night. galthouse.com

Hyatt Place, Bowling Green: A smart, business-oriented hotel set a few miles from the local attractions, this makes a good base for a quick stopover in Bowling Green. From $90 a night. bowlinggreen.place.hyatt.com

Griffin Gate Marriott Resort & Spa, Lexington: Set on a golf course in the heart of Lexington’s verdant hills, this is ideally located for exploring the city’s attractions and offers excellent amenities for luxury travellers. From $169 per night. marriott.com

Hotel Covington, Covington: Recommend this 114-room boutique hotel to higher-end clients; the decor is beautiful and the service, like the rooms, is excellent. It opened only in September so it’s still a secret to outsiders. From $179 per night. hotelcovington.com