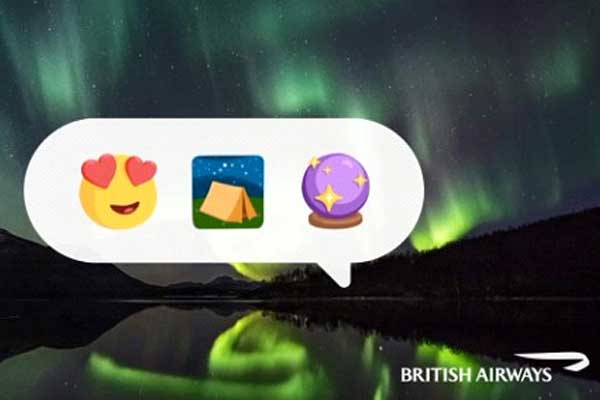 Customers will be able to interact using the picture-based icons.

After answering a series of questions with their favourite emojis, the bot will recommend a holiday destination to suit their personality and mood.

The bot has been created for the airline’s turn of year sale which runs until the end of January.

Users can access the bot via the airline’s Facebook page or via the following link on a smart phone which already hosts the Facebook messenger app.

The development follows a BA poll which revealed that 61% of people find the online characters a more meaningful way to communicate than words or text.

Three in five adults and a four in five 18 to 35-year-olds find the lifestyle icons a better way of conveying emotions and feelings than writing, according to the study.

The survey also found that 63 per cent of 18 to 34-year-olds use emojis in most or all of their messages, with 39% of those polled and 46% of women saying they use emojis to convey feelings, emotion and mood instead of words.

BA head of marketing Rob McDonald said: “Three in five of the people we spoke to said that they find it easier to convey how they are feeling with the use of an emoji, so giving customers the chance to speak to us with them takes choosing a holiday to a much more exciting and engaging level.”