Q. How did you get into travel?
A. Way back when I was 19 in 1989, I applied to be a cruise ship photographer after seeing an advert in the British Journal of Photography. I applied to join Chandris Line in San Juan. I didn’t know where San Juan was, so I had to go to the local library and find out. In that job I travelled to South America, Asia, the Mediterranean and Scandinavia. After that I became a duty-free shop manager and I was at sea for seven years in total. I came back to work for AirMiles, the travel rewards scheme, for a couple of years. I got headhunted by Wexas when I was later working in sales and marketing at The Cruise Line. I then launched The Luxury Cruise Company for Wexas, which ran for 13 years until Covid arrived and Wexas closed it down in August 2020.

“I launched The Luxury Cruise Company for Wexas, which ran for 13 years until Covid arrived and Wexas closed it down in August 2020.”

Q. How did you motivate yourself during this time?
A. When I got made redundant, I just thought ‘what else can I do other than cruise?’ I am passionate about cruise, and I’ve been in the industry since the age of 19. As a result of posts I’d made on Facebook, I was contacted by Manish Suchde, co-founder of Holidays & More, and I went to see him at their office in Ruislip. We discussed setting up a new luxury cruise company. It was a quick get-together, but we had an initial deal. We set up the Luxury Cruise & More website in December and launched in January. In April, we launched our mainstream brand, Cruises & More, which has a focus on tailor-made packages.

“We set up the website in December and launched in January. In April, we launched our mainstream brand, Cruises & More.”

Q. How have sales been since starting the business?
A. It’s been an interesting up and down – certainly not the usual booking patterns. But we’ve had some really good successes and around two months ago we even won an award with AmaWaterways for our support and the bookings we’d made with the line. It was a team award. We’ve got a group departure on the Rhone river in July on the line’s AmaCello for around 30 people that an artist booked through us. Prices were around £3,500 per person. The line has now met with the artist to discuss personal tours and the group is going to book another cruise in 2023. The artist is a friend of a friend of one of our agents, [senior cruise executive] Janet Welsh.

“We’ve had some really good successes and around two months ago we even won an award with AmaWaterways for our support and the bookings we’d made.”

Q. Have you made any other unusual bookings?
A. We’ve booked a couple on AmaWaterways’ 46-night itinerary in June 2023 across seven rivers in 14 countries. This came about after we put up an e-shot on the site and it went out to our database. A client got in touch with [cruise executive] Jacqui Ridler. There was a waitlist for the sailing, but it cleared. That cruise booking was £22,000 per person. I built the web pages for each day of the 46-day itinerary and sent the email to our clients. It took me a long time after Ama sent over the PDFs, probably about three hours, but it paid off in the end because we got a booking out of it.

Q. What’s it like working within a team again?
A. Jacqui and Janet worked with me at Wexas. It is like we’d got the old team back together. It has worked really well from the off. We have a weekly team catch‑up on Zoom because we’re all working from home. We also have Jordan Phillips, who is based in Hanoi and does packages and sales.

“[The cruise lines] have been helpful with things like marketing support, assets, advertising and social media tools.”

Q. Which other cruise lines are selling well?
A. We do really well with Silversea Cruises, Regent Seven Seas Cruises, SeaDream Yacht Club and Tradewind Voyages. There was nice symmetry because Tradewind were launching during the pandemic and so were we. We’re getting a lot of interest for their 2022 Med departures. All the cruise lines have been really supportive. They were pleased to find out that I was back in cruise. They’ve been helpful with things like marketing support, assets, advertising and social media tools. We’ve also been given some exclusive rates, which is always really good. 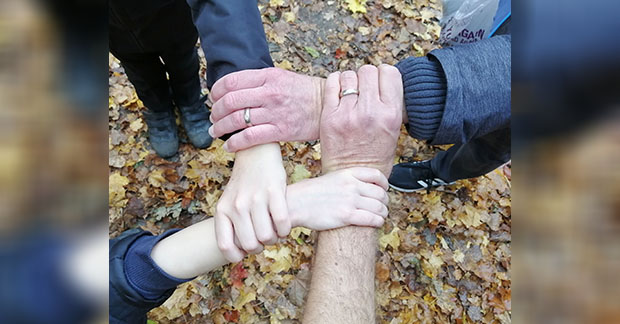 At the end of April 2020, my husband Mark and I took on two foster kids, who are now aged nine and seven.

Before we got the children, I’d been glued to the news for six weeks as Covid-19 case numbers started rising.

“Having these two children has completely changed my focus. They keep you very grounded. If I am having a stressful day, they come in for a quick cuddle.”

It took us about five months to become foster carers. We had to do a three-day foster carers’ course. There were 10 other couples there and I think we were the only ones to get through it. We spoke to qualified foster carers on the course as well as grown-up foster kids about what to expect as foster parents. It was a rigorous process. At the end of that, we went through to a panel of 10 to 12 people. They asked about five questions and we had to wait outside afterwards as they made the decision. They all approved us. Having these two children has completely changed my focus. They keep you very grounded. If I am having a stressful day, they come in for a quick cuddle.

It makes you switch your priorities and realise you’ve got a little person to care for.

Being a foster parent is good for your mental health.

WHO corrects advice against travel for over-60s