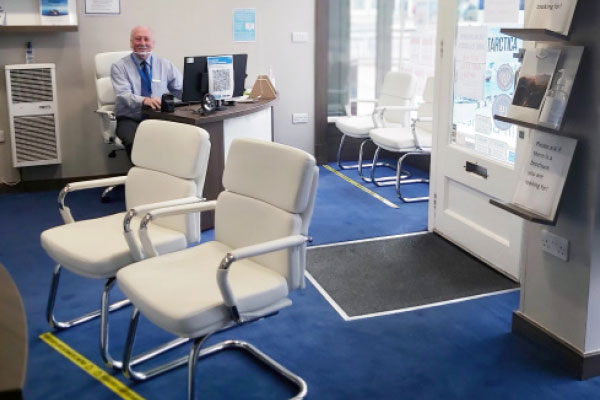 High street travel agents across England are gearing up to reopen next week for the first time in more than three months.

While the prime minister has confirmed the government is “sticking at” plans for non-essential retail to reopen to the public from April 12, not every bricks-and-mortar travel agency will open immediately. For many, the process involved has proved challenging.

Many agencies, including Tui, Midcounties Co-operative and Althams Travel Services, have signalled all their stores will reopen on April 12 where possible, but others are taking a more cautious approach based on demand, staff and the government’s travel restart plans.

Kuoni is phasing its reopenings; Hays Travel is adopting a “hybrid” approach that will see some shops open but others remain closed; and Barrhead Travel will “gradually” reopen doors in England from next week.

Most travel retailers expect to open for reduced hours initially, to limit in-store customer numbers and to offer bookable appointments.

For many independents, reopening on the high street is critical to letting local customers know they are still there.

According to a survey of Advantage Travel Partnership’s English members, more than 80% plan to reopen on April 12. Leisure director Kelly Cookes said: “They feel it is important they are seen to be open and available for bookings.”

However, 50% of respondents said they would still need to use the furlough scheme until September, indicating not all staff will return straight away, and many will not open for the same hours as normal.

Kuoni said the logistics of store reopenings were “complex”.

“There is a lot to consider,” said retail sales development manager Andrew Fielding.

“We’ve taken into account the staffing of each store to cover busy times. We need to be sensible and economic. The challenge is to put that [mixed reopenings] message across to our customer base.”

Kuoni plans to open six of its John Lewis concession stores on April 12, putting 20 of its 84 retail staff back on the shop floor, followed by a further eight shops in April and another nine at the end of May. By the end of June, all 29 Kuoni outlets should be open.

Each store has a personalised reopening document to ensure it meets Covid regulations. Most will be open 10am-6pm. Staff will not be allowed to move between desks, must wear masks, sanitise desks and phones between client visits, and maintain social distancing. Most stores will have two agents per day and no more than two couples in at any one time.

Tui hopes the majority of its 314 stores, excluding 48 earmarked for closure, will welcome all staff back on April 12 but said “temporary working solutions”, such as different rota patterns, were in place for some smaller stores unable to follow social distancing guidelines. It also said customers will be offered appointments.

The Travel Network Group has provided members with posters to use in-store and a template risk assessment to conduct before they reopen. Many members are keeping staff on flexi-furlough.

Althams plans to reopen all its 32 shops on April 12 on reduced hours, with staff rotated to work in-store. Managing director Sandra McAllister is optimistic agents will benefit from increased demand for their professional advice.

“I expect we could be extremely busy,” she said. “If not, we remain flexible and can adapt to the situation.” 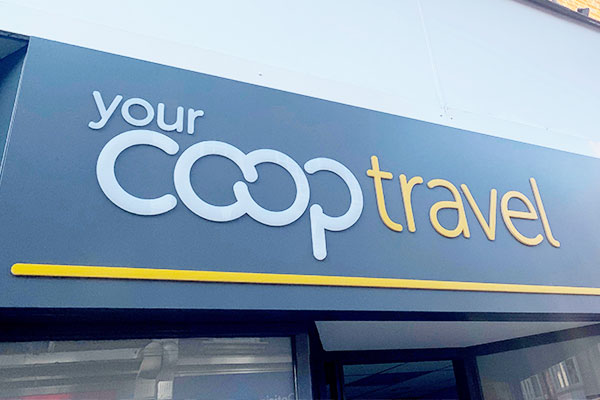 The Midcounties Co‑operative has used the reopening as an opportunity to announce a rebrand of its shop network from Co‑operative Travel to Your Co-op Travel.

All 78 branches, including its seven Carrick Travel stores (which will not be rebranded), will reopen on April 12, but its virtual contact centres will also remain.

“We’re busily preparing our agents for a return to face-to-face, in-branch appointments and they cannot wait to welcome their customers back in,” said head of retail Natalie Turner.

For many retailers, training staff is key to their return.

Barrhead Travel president Jacqueline Dobson said: “Our biggest challenge this time round is training for colleagues who have perhaps not been working since last year.”

The agency is giving staff “back to work training” to help bring them up to speed on changes.

Kuoni’s Fielding, who has also rolled out staff training, added: “This is not only to refresh staff on how to amend bookings but also to train them on how to keep themselves and customers safe at work.”

Retailers nationwide say there is a general feeling of relief and eagerness among staff to get back to selling holidays face-to-face.

But there is also nervousness about how and when travel will restart and what trading will be like.

Fielding said: “Overall there is a sentiment of excitement tempered with ‘what is demand going to be like?’”

Fielding said only a few members of staff did not want to return to shops and would prefer to work from home, noting that “mental health has been a consideration”. But he said: “That’s more for a work-life balance than a fear of going in.”

In fact, many have not enjoyed having to work from home. He added: “A lot of retail staff have said working from home has heightened some of their problems.”

Other retailers reported a similar desire to return to work, but Midcounties’ recently-appointed chief officer of travel and leisure services, Sara Dunham, admitted “some cautiousness” among employees after a year out of the workplace, while Hays Travel chair Dame Irene Hays recently noted a greater appetite to return to the shops among younger workers than older employees.

There is no doubt, however, that overall the trade is keen to return to work. As McAllister puts it: “We just need to be allowed to get back to what we do best: booking our customers their dream holidays.”

Tui: All stores in Wales and England will be open from April 12 (excluding any that are part of proposed closures). Stores will open normal working hours.

The Midcounties Co-operative: All 78 branches, including seven Carrick Travel stores, will reopen on April 12.

Althams travel services: All branches will open on April 12, initially with reduced staff numbers, from 10am-4pm.

Hays Travel: A “hybrid” return, with some shops reopening and others staying closed on April 12.

Advantage Travel Partnership: Most members to reopen in England on April 12 but many on shorter hours, with appointments or closed-door policies.

TTNG: Most members to reopen, but not necessarily on April 12.