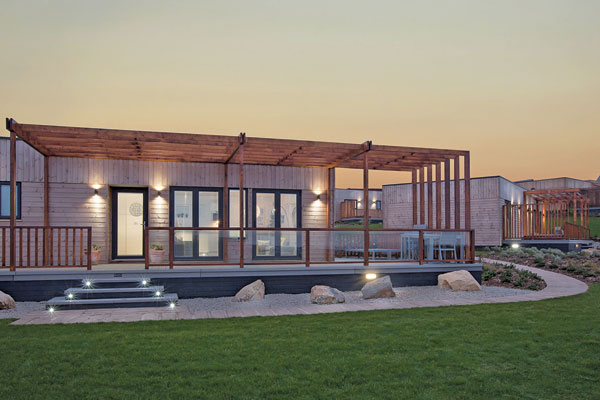 The owner of England’s largest holiday park has confirmed the acquisition of Cornish luxury resort Gwel an Mor for an undisclosed sum.

Cove UK, which owns and operates Bunn Leisure in West Sussex, said the acquisition from Landish Group was part of an expansion of its portfolio and said it was “committed to ensuring that Gwel an Mor maintains and grows it value to the local economy of Portreath and Cornish tourism”.

As part of the commitment, the company has pledged to buy at least 20% of produce from local suppliers and plans to create local environmental partnerships as part of a new Go Wild outdoor activities and environmental education programme.

Mark Seaton, managing director of Cove UK, said: “We are delighted to have added Gwel an Mor resort to the Cove UK portfolio. [Landish Group chief executive] Bill Haslam’s vision and dedication over the last 20 years has created a truly special resort in a wonderful part of Cornwall which has earned numerous awards.

“We plan to build on Bill’s legacy and ensure that Gwel an Mor remains both a leading Cornish holiday destination and a contributor to the local economy.”

Haslam said: “Having built Gwel an Mor from nothing to become the best holiday park in the South West we frequently received approaches to sell. It wasn’t until we met Cove that we finally felt comfortable that this was a business that understood us, our ethos, ways and standards as they aligned with our own.

“Once we felt comfortable that their stewardship would continue what we had started it became much easier to sell a business that we had put heart and soul into for 20 years, Cove are the perfect owners to take Gwel an Mor forward.”

Cove UK has also announced plans to establish a dedicated training centre for its nationwide team. The Cove Academy will “prioritise partnership with local and regional skills providers to help establish effective networks for team development”.