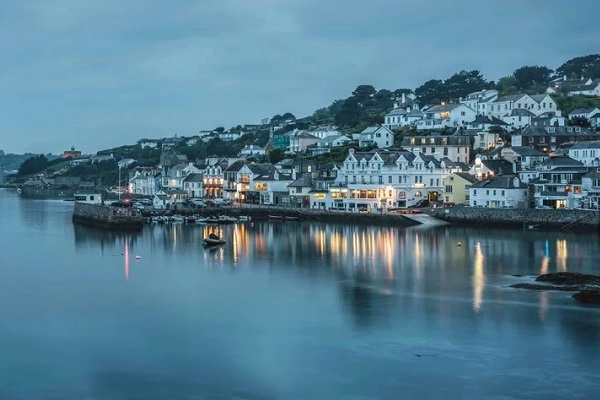 Almost 40 hotels that were previously operated under the Shearings brand are to be relaunched as the Coast & Country Hotel Collection by Bespoke Hotels, which took on the properties under a management agreement last year.

Of Shearings’ original group of 44 hotels, 39 are set to reopen under the new brand, including the Windermere hotel in Cumbria, the Caledonian in Fort William and the Ship and Castle in St Mawes, Cornwall (pictured).

Bespoke signed a five-year management agreement for 40 ex-Shearings hotels after the company was put into administration, with almost all of the hotels from the Bay, Coast & Country and Country Living brands joining the Bespoke Hotels banner.

Reopening dates will vary depending on location, with most planned for May 17 and others opening in June. Derwent Manor Apartments, a set of 19 self-catering apartments in Keswick, Cumbria, is aiming to reopen to guests in April.

Specialist Leisure Group, parent company of the 117-year-old Shearings coach holiday brand and operator of 44 hotels in the UK, fell into administration last year after failing to secure a rescue deal.

The group was significantly impacted by Covid-19. All tours, trips and events were cancelled and the hotels closed to the public. Around 2,460 jobs were made redundant. Bespoke said it had sought to re-employ former staff ahead of reopening the properties.

Paul FitzGerald, portfolio managing director, said: “Given the enormous challenges of the last few months, we’re delighted to bring such a wonderful mix of properties back to market. Many of them are well-known within their areas and their initial closure was felt keenly among their respective communities. Now though, we’re able to offer not just jobs and wider tourism opportunities through reopening, but a hospitality service that people can engage with as restrictions lift.

“Many of the properties were previously geared towards coach parties and while we are looking forward to welcoming them back, we will also be opening up to other markets. In particular we are looking to attract those seeking leisure breaks and welcoming local residents to sample the restaurants, bars, and wedding and event venues on offer as we look to create a local hero status and develop a close bond with communities.”

Thomas Greenall, managing director of Bespoke Hotels, said: “The Coast & Country Hotel Collection is made up of some prominent local hotels in some wonderful and well-established leisure locations and we’re thrilled to be able to facilitate their reopening. We know the initial closures of many of these properties caused a real stir in their local communities last year, so we hope they’ll be keen to embrace their reopening and support the individual hotels in their endeavours.

“We hope this will be regarded as a very positive move for the industry – delivering jobs, support for communities and vital trade for suppliers and ancillary businesses.”

The properties are understood to be under new ownership, however it is not known who acquired the sites.

Shearings owned the freehold of the Grand hotel in Exmouth and a long lease on the Majestic hotel in Bournemouth, both of which are understood to still be on the market. The remaining 42 hotels were not under the control of the administrators. 40 of them were owned by LSEREF3 Laser (Shearings), a subsidiary of Lone Star Funds, which took control of Shearings in 2016, and the remaining two were leased from a third-party and handed back to landlords.