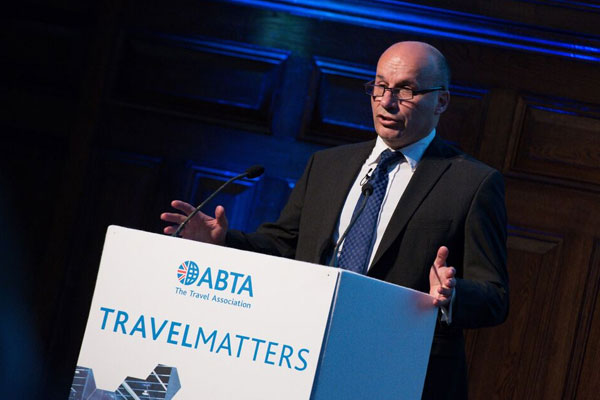 Abta will continue to lead industry calls for sector-specific support from the government despite these appearing to fall on deaf ears.

Mark Tanzer, Abta chief executive, insisted: “The fact that we haven’t had any support doesn’t mean it’s not going to come.”

He told Travel Weekly: “We’ll continue to call for financial support for the sector because it’s clear from the taskforce report that the government sees this as an unfolding process.

“The ability of the industry to trade is going to be hobbled and held back by domestic health concerns.

“We understand that, but they need to reflect that in the level of support available to help companies come through this.”

Aviation and maritime minister Robert Courts reacted angrily this week when accused by MPs on the transport select committee of failing to heed aviation and travel industry calls for support.

Courts said: “I entirely reject the suggestion that the government has not stood by the sector. The sector has been the beneficiary of economy-wide support. The aviation sector has benefitted from £7 billion.”

He insisted: “We’ve stood behind the industry with billions in support and now we are seeking to help it restart.”

Speaking on a Travel Weekly webcast, Tanzer said: “Clearly, it’s an uphill battle. But as more sectors come back into business it will be evident international travel isn’t keeping up.

“Then rather than every sector saying ‘We need financial support’, you’ll find sectors that have been particularly held back by government policy. Travel is one of those.”

He argued: “We always have to work hard to persuade government and MPs that outbound travel is an important contributor to the UK economy.

“It’s easy to say, ‘Better everyone have a staycation and not spend their money in Spain or Portugal or America’.

“But the reality is we generate a huge amount of GDP through outbound travel through the services which send people overseas, through the goods people buy before they travel, and it’s trade – by our spending money overseas, destinations have money to spend on UK goods.”

Tanzer added: “Everyone in government says connectivity is important as we strive to be a global hub. Well, tourists often fill the aeroplanes and make them viable.

“We have a constant job to remind politicians of that fact.”