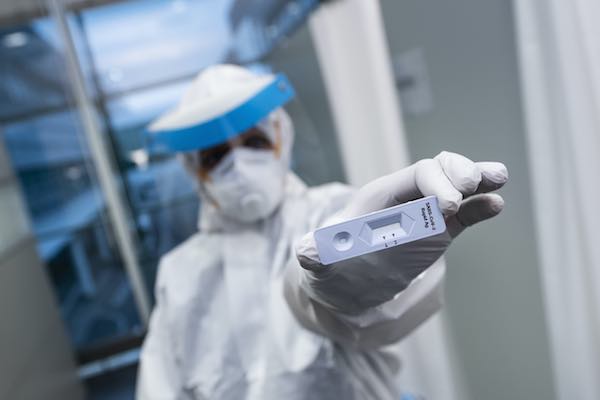 Tightened travel restrictions mean air traffic may only recovery to 38% of the 2019 level over the course of this year, Iata has warned.

Airline association Iata forecast in December that traffic should return to 50% of 2019’s level during 2020. But Iata chief economist Brian Pearce described international traffic this week as “nothing short of a disaster”.

He said: “Our December forecast was for a recovery in developed markets. The new factor since we made this forecast is the emergence of new variants and the uncertainty this has created.

“Control of the virus has become more difficult and we’re seeing even tighter travel restrictions. The near term outlook is very much darker than we expected. In December we expected a tough start to the year but it is very tough.”

Pearce said there is a risk revenue passenger kilometres (RPKs), a standard air traffic measure, “might only grow to 38% of 2019 levels”.

He noted: “Even in December we forecast 50% of 2019 levels. That is really the best that could be achieved now. The risks have swung to the downside because of the variants and the risk-averse behaviour of governments.

“If the vaccines prove not so effective against the variants, if governments take a much more cautious approach, it could take aviation to around 38% of 2019’s level across the year.”

Pearce said: “We are not revising our forecast, but the risks have risen. The uncertainties about the second half of the year are very high. Demand is very fragile and vulnerable to shocks.

“Our 50% forecast was based on governments lowering restrictions as vaccines were rolled out. [But] what we’ve seen is governments taking a much more strict approach.”

He warned: “If this is extended through to Easter and to the summer months, the situation will be even more serious.”

However, Pearce insisted: “Vaccines mean the second half of the year could be better. We’ve seen there is demand to fly if passengers are not restricted. That is shown by China, where there has been a near full recovery.

“There is evidence of pent-up leisure demand for travel. Whenever governments reduce travel restrictions, bookings surge. We saw that when the UK government removed the quarantine requirement on the UAE. Bookings rose 100% in a matter of weeks.”