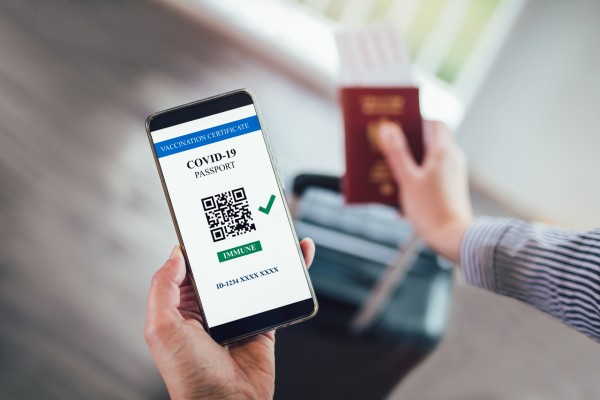 The government has yet to decide how to provide proof of Covid vaccination for travellers, meaning there will be no release from test requirements under the traffic light system for anyone travelling from May 17 who has had two vaccine doses.

Health secretary Matt Hancock told MPs on Monday: “We need to have a way of showing [vaccination]. We’ve not yet come to any conclusions about how we should do that.”

Aviation minister Robert Courts explained the delay on developing certification for travel when he appeared before the Transport Select Committee of MPs last week, saying: “We don’t yet understand everything about the way vaccines work. The science has to catch up.

Cost of PCR tests expected to drop by May 17

“We need to understand the transmission of variants of concern. What effect does vaccination have on transmissibility? We also have to factor in countries which aren’t as well advanced with vaccination.”

Courts explained: “The Cabinet Office is running the overall vaccination accreditation. We feed into that and will engage to see what accreditation means for international travel.”

He confirmed: “We’d like a scheme that is as digital as possible, but there will be people who don’t have a smartphone or a battery might run out, so we need a paper scheme as well. Long term, we want an international standard. We don’t want a patchwork of different rules.”

Courts argued the UK would be “international leaders” on certification “because we sit on the International Civil Aviation Organisation [ICAO] panel”.

Heathrow Airport chief solutions officer Chris Garton agreed: “The UK government is in a great position to take a lead.”

He warned: “It is difficult if these requirements differ for every country. We’ve got to standardise it over time.”

Garton said: “We’re pushing strongly for passengers to submit certification to airlines before travel, even if it’s paper.”

When it was pointed out existing vaccination certificates are paper and checked by the border staff of countries which require them, Garton said: “That is correct. But at the scale we’re talking about a paper-based system will just not work.”

Iata UK & Ireland country manager Simon McNamara said: “We need to facilitate something, if not by May 17 then by June 28. For now it will be paper, but we need to move rapidly to digital.”

He added: “Iata has developed a tool, Travel Pass, which can display test results and vaccination certificates. [But] we need governments to issue certificates.”