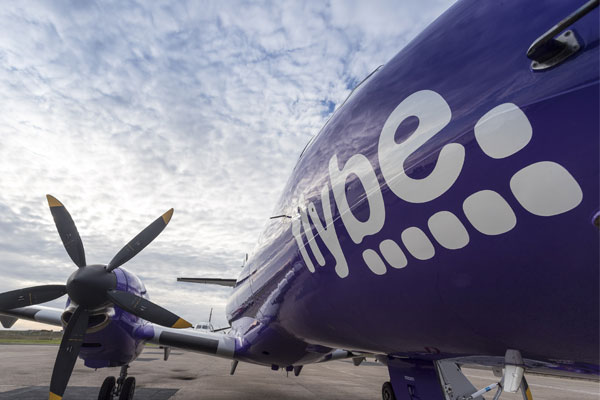 The collapse of Flybe Group left debts of up to £789 million, according to administrators.

The regional airline collapsed in March 2020, but is due to be reborn through a new company, Flybe Ltd, later this year.

Debts from the collapsed company will not be passed over to the new entity.

Administrators Ernst & Young’s latest report shows £600-£650 million was owed on collapse to about 900,000 unsecured creditors, but noted “it is possible that this figure will be materially higher once all claims have been received”.

The report explained that Ernst & Young was considering applying to pay out a maximum of £600,000 to these creditors, but concluded the cost was “disproportionate to the benefit of doing so”. It is likely these creditors will now receive no pay out.

Filings to Companies House showed ‘preferential creditors’, “in respect of claims for employees salaries, holiday pay and pension contributions”, were owed a total of £3.2 million. The report said administrators expected these to be “paid in full towards the end of this year”.

Separately, Ernst & Young pointed to £136.2 million in “outstanding secured creditor debt due to senior lenders”. Administrators said £6.6 million of this had been paid so far.

The report also said aircraft and engines assets worth £127.3 million had been returned to financiers and lessors.