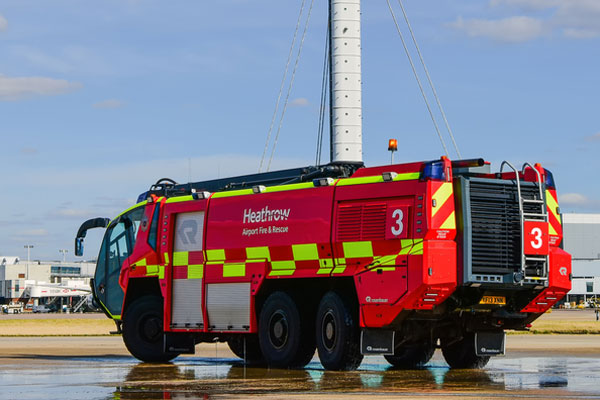 Heathrow faces strike action from today and throughout February in a dispute over pay and conditions.

The Unite union warned that action today (Friday) is part of at least a month of disruption at the airport.

The UK’s main aviation union has already announced strikes for February 9, 13, 16 and 18 and further industrial action is expected in the future.

Unite previously took four days of strike action in December as part of the dispute.

The London hub insists it will keep operating despite the walkout by workers, including baggage handlers and firefighters.

The union accused Heathrow of firing and rehire its entire workforce on “vastly inferior” wages and conditions.

The Covid crisis has cost Heathrow more than £1.5 billion as passengers numbers have been hit by lockdowns and restrictions.

Covid lockdowns and border closures led to a loss of 58.8 million passengers using Heathrow in 2020.

Heathrow is using sub-contractors, agency workers and casual staff as a contingency when workers are on strike.

Unite regional co-ordinating officer Wayne King said: “[Heathrow] has brutally stripped workers of their pay and left many of them unable to make ends meet.

“With workers being forced to downsize and give up their cars it is not surprising that they are determined to step up industrial action.

“[Heathrow]’s motives from the outset have been all about greed and not about need. If this was linked to the Covid-19 pandemic and its impact on aviation, then cuts to pay would be temporary and not permanent.”

A Heathrow spokesperson said: “Every frontline colleague has accepted the new offer which pays above the market rate and London living wage.

“Nobody has been fired and rehired and indeed, 48% saw no change or experienced a pay increase.”

There will be a ‘business recovery incentive payment’ to all workers if the airport has recovered sufficiently in two years’ time, the spokesperson said, adding that its approach had prevented “huge swathes of compulsory redundancies”.

“These strikes unnecessarily threaten further damage to our business already facing a number of challenges, with virtually no support from government.”