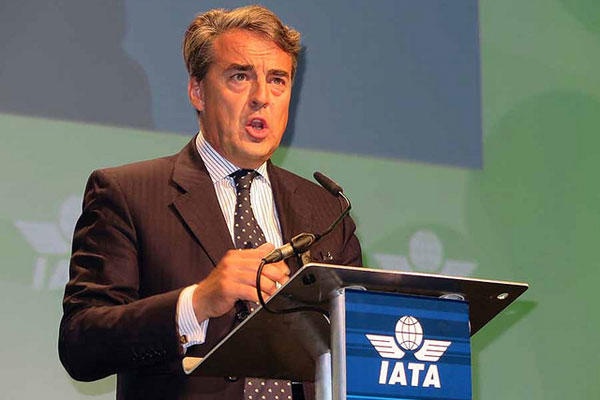 Airline association Iata has called on governments around the world to follow the UK’s example and issue roadmaps for restarting international travel.

Iata director general Alexandre de Juniac suggested traffic between the US and Europe could resume by the summer. But he expressed concern at the continuing lack of coordination between governments and warned vaccines and vaccination certificates “are not a silver bullet”.

De Juniac said: “We need planning. We cannot restart this industry with the flip of a switch. We can only be ready if governments have a plan and share it with us. The UK is the example to follow.”

He warned: “I’m concerned about the lack of planning. We asked for roadmaps from governments now for five or six weeks. We can’t restart this industry immediately.

“Only the UK has published a plan for the moment. We are asking governments to follow the UK in advance of the reopening.”

De Juniac noted: “More and more people are being vaccinated.” But he said: “While vaccines will play an important role in opening borders they are not a silver bullet.

“We are concerned that vaccination could become mandatory to enter a country.

“If it is mandatory we are concerned for countries where there is a lower rate of vaccination and also for people who can’t be vaccinated or don’t wish to be vaccinated.”

De Juniac added that “a key element is still missing”, saying: “We need global standards for testing and vaccination certificates. This is already late in coming.”

He warned: “Opening or closing borders is a national decision. If there is no common standard, if we are not able to achieve a common system, each state will do it on its own.

“We are concerned if there are too many systems around the world, it will be difficult to convince passengers and governments that having thousands of different passport applications is a secure way to fly.

“The point is we should have a unique standard that each application or system should comply with.”

De Juniac also expressed alarm at government responses to Covid-19 variants. He said: “We have not seen an improvement in the way governments are dealing with variants. Measures have been taken unilaterally, with no collaboration, no consultation.

“If there are variants that can overcome the vaccines, I’m not sure governments will find the appropriate way to handle this. I’m not optimistic about the way it is being dealt with.”

However, de Juniac said he is hopeful of a restart of travel between Europe and the US this summer.

He said: “I’m pretty optimistic something can be worked on between the EU and US before the summer. Probably it will be active in June.”