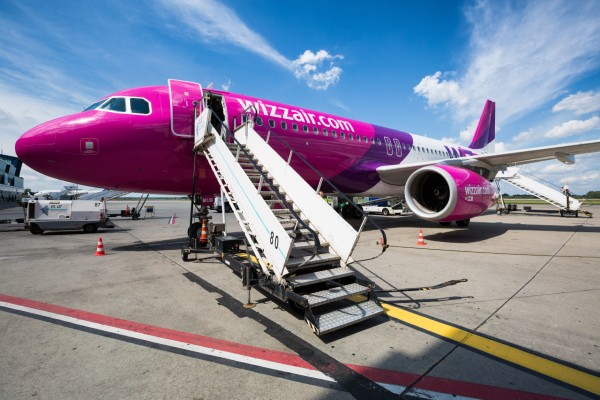 Airlines will “pile” capacity on leisure routes this summer and drive down fares regardless of financial pressures, but summer 2022 fares could be driven up as costs across the aviation system rise.

That is according to Wizz Air chief financial officer Jourik Hooghe who insisted: “We should not expect pricing this summer to be strong.”

Speaking as Wizz Air reported a loss of €576 million for the 12 months to March, Hooghe said: “There is a lot of pressure on pricing this summer, even more so as we see capacity piling in on leisure routes as these open up, very often in an undisciplined way without controls. That affects pricing.”

He argued: “Prices could and should be higher next summer because the cost structure of other airlines has gone up. But history does not speak to a rational pricing environment in this industry.

“We could be back at 2019 price levels in summer 2022, but we would need to see a level of capacity discipline.”

Wizz Air chief executive Jozsef Varadi agreed, saying: “The unit cost base of the industry will be higher in summer 2022 than in 2019. Certainly, the cost stress from [having] an ageing fleet will be significant.”

Varadi forecast “a lot of headwinds for many airlines” and said Wizz would have “a significant competitive advantage” after taking delivery of 16 new aircraft in the financial year.

Hooghe reported demand for this summer remains uncertain with bookings overwhelmingly coming in late. He said: “To a large extent we are not booking August yet. The booking window is still 50% within two weeks of travel and 80% within a month.”

Varadi said: “We operated 30% of our 2019 capacity last week. Quarter one [April to June] will come in at about 30%. [But] we can ramp up to around 90% in a short space of time for peak summer. It’s down to what the regulatory framework will allow.

Wizz opened a base at London Gatwick last year, but its plans to expand from the airport remain thwarted by slot controls.

Varadi said: “We’re keen on growing our presence at Gatwick, but at the moment that remains subject to slot rulings. Incumbent slot holders are protected by regulations. That squeezes us and closes the door to a bigger expansion at Gatwick. We shall see how the regulatory framework evolves.”