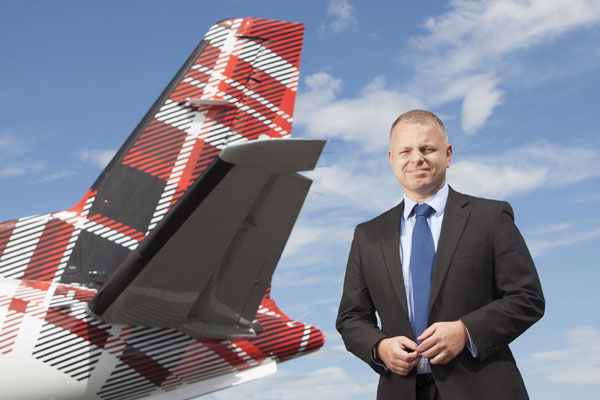 The carrier is to start serving Bristol from Teesside and maintain an air link between City of Derry airport and Liverpool following Ryanair’s withdrawal from the route.

Both services start on May 24, with tickets on sale from tomorrow (Tuesday).

The airline will serve Bristol from Teesside daily on weekdays with one-way fares starting at £49.99.

Loganair will initially offer Derry-Liverpool flights four days of the week on Mondays, Fridays, Saturdays and Sundays, with frequency rising to daily from late June.

The new Northern Ireland route follows confirmation by the Department for Transport of continued funding for City of Derry to Stansted flights and increased capacity to Glasgow from late June.

The basing of the 49-seat Embraer 145 regional jet at City of Derry airport already supports 15 direct jobs for pilots, cabin crew and engineers.

Loganair chief executive Jonathan Hinkles said: “Frequent air links are essential for so many aspects of working and family life, even as we work to re-build and recover from the Covid-19 pandemic.

“Loganair already serves both City of Derry and Liverpool airports, and when the opportunity arose for us to connect these two important destinations in our network following another airline’s withdrawal, we were only too pleased to step in to safeguard these connections.”