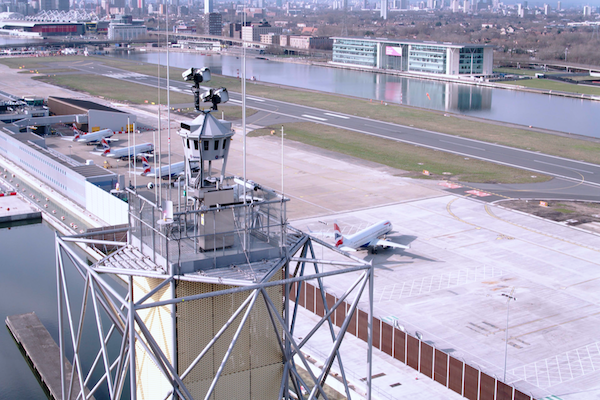 Aircraft using London City airport will be handled by a remote digital air traffic control tower run by controllers based 70 miles away.

Flights on the summer schedule are being guided to land or take off by air traffic controllers based at NATS’ air traffic control centre in Swanwick, Hampshire, using an ‘enhanced reality’ view supplied by 50m digital control tower.

The introduction follows intensive testing and live trials of the  technology during lockdown.

The “step-change” in global air traffic management will help the Docklands airport meet an expected surge in demand for flying during the summer as Covid-19 restrictions on overseas travel are eased from May 17.

The airport’s biggest customer, British Airways, is introducing a new route to San Sebastian alongside destinations including Ibiza, Mykonos and Santorini.

The multi-million-pound investment in the remote digital technology follows the completion of new aircraft stands and a full-length parallel taxiway which became operational in December 2020.

“This investment in smart infrastructure will help us meet future growth in passenger demand, improve air traffic management and give us enhanced capability as aviation bounces back from the pandemic.

“It is also a demonstration of the commitment to innovation in the UK aviation sector and to being at the forefront of defining the future of flight.

“Since going operational at the end of January, the technology has worked really well and is ready for the expected increase in demand for flights as Brits book their well-deserved summer getaways.”

NATS operations director Juliet Kennedy added: “This is the UK’s first major digital control tower and represents a significant technological and operational achievement, especially against the backdrop of Covid-19.

“Digital tower technology tears up a blueprint that’s remained largely unchanged for 100 years, allowing us to safely manage aircraft from almost anywhere, while providing our controllers with valuable new tools that would be impossible in a traditional control tower.”