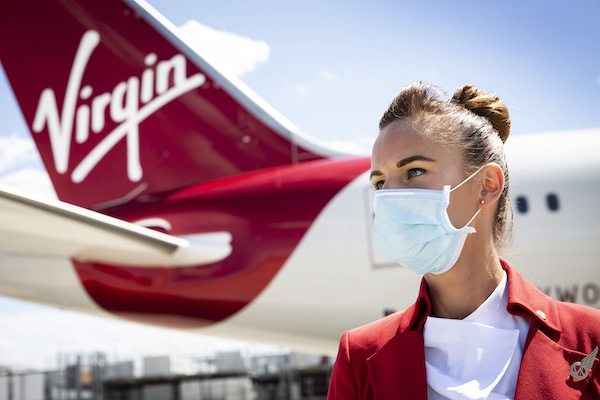 Virgin Atlantic is poised to land £160 million in additional funding in the face of the ongoing Covid-19 pandemic.

The new financing was confirmed by the carrier after reports emerged over the weekend.

A spokeswoman said: “We continue to bolster our balance sheet in anticipation of the lifting of international travel restrictions during the second quarter of 2021.

“This latest £160 million financing provides further resilience against a slower revenue recovery in 2021 and follows a $230 million financing on two Boeing 787s in January, which allowed us to pay down debt and strengthen our cash position.

“We remain confident that Virgin Atlantic will emerge a sustainably profitable airline and would like to thank our creditors and shareholders, Virgin Group and Delta, for their ongoing support and unwavering belief in our future.”

The carrier is confident in its ability to trade through the next phase before international travel resumes at scale.

The latest financing follows Virgin Atlantic completing the sale and leaseback of two Boeing 787 Dreamliners at the start of the year as part of a plan to strengthen its balance sheet.

The agreement with Griffin Global Asset Management to raise just over $230 million from the two aircraft was to enable carrier to repay a loan taken on as part of its rescue deal last year.

The £1.2 billion deal secured in September was meant to enable the airline to survive even if the travel situation were to worsen.

Meanwhile, the airline’s chief executive Shai Weiss predicted that holidays to Florida will return this summer.

He told the Sunday Times: “If you’re looking to visit a country beyond Israel, the UAE and the UK with high vaccination rates, and thus the propensity to reopen for tourism, it’s the US, where 25% of the population has been immunised.

“I don’t know exactly when the announcement will be made, but I expect it to come in early May, with June 21 the latest date.

“We will have significant capacity available on US routes when restrictions are lifted in the UK on May 17, and Florida holidays will be back on for the summer.”

Weiss also called on the government to acknowledge that aviation is part of the UK’s national infrastructure, contributing £62 billion a year to the economy and supporting 1.6 million jobs.

“We’re a world leader in terms of innovation, sustainability and customer service, but Amsterdam and Frankfurt want what we have, so we need ongoing government support to maintain that lead,” he added.