Celebrity Cruises’ next Edge-series ship will sail its maiden voyage from Southampton in late April next year.

Celebrity Beyond’s first sailing will depart on April 27, 2022, and will call at Bordeaux, Lisbon, Seville, Mallorca and Barcelona, where it will be based throughout the summer.

It will offer a programme of nine and 10-night Mediterranean voyages from the Spanish port.  Voyages went on sale on Wednesday (April 28).

Once Beyond (pictured) completes its European programme, it will reposition to Fort Lauderdale where it will offer seven-night Caribbean cruises. The first Caribbean sailing is due to depart on October 25 next year.

Speaking at a virtual reveal event, the line’s president and chief executive Lisa Lutoff-Perlo said: “The first sailing is next spring, in late April and it sails out of Southampton. 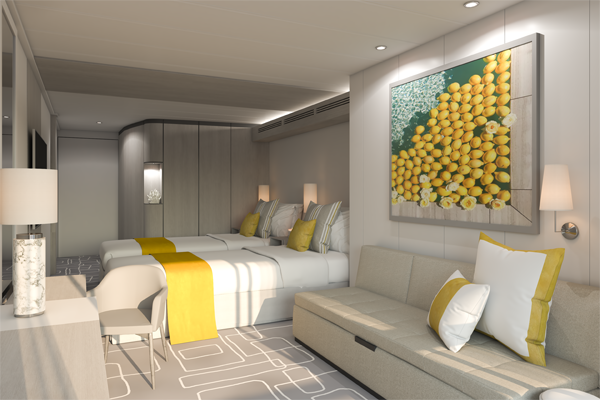 Infinity Veranda room on Celebrity Beyond

“Celebrity Beyond will move down to Barcelona and then it will cross over to the Caribbean where it will seven-night cruises out of Fort Lauderdale.”

The ship, which will be the largest vessel in the Celebrity’s fleet, will not be named in Southampton, Lutoff-Perlo confirmed.

The ship is 20 metres longer and 17 metres taller than other Edge-series ships. 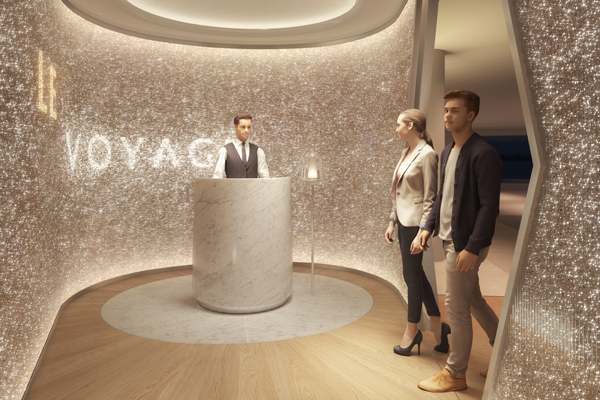 A rendering of Le Voyage on Celebrity Beyond

Lutoff-Perlo also revealed that Celebrity Beyond would have an additional 179 cabins and suites compared to its sister vessels and would feature a new 50-seat restaurant called Le Voyage.

“Le Voyage is an additional speciality restaurant,” she said. “We were able to add Le Voyage because of one of the sections that we added when building the ship. It is going to be an additional restaurant rather than a replacement.”

A two-storey sundeck has been added to The Retreat, the exclusive onboard area for suite passengers.

The main open deck is 40% larger than on previous Edge-series ships and now includes an expanded Rooftop Garden. 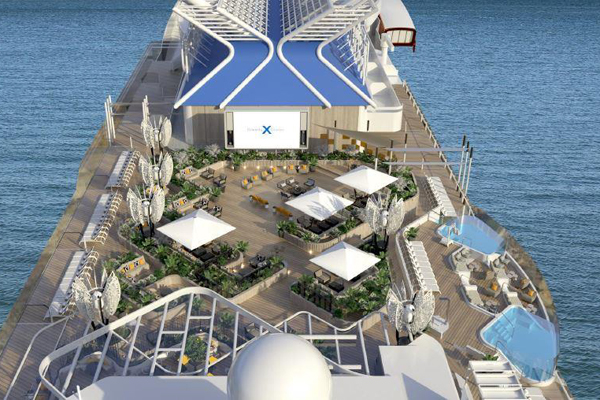 The Rooftop Grill, where passengers can listen to live music and dine outdoors, has also been expanded.

Europe leads the way as APT cruises set to resume