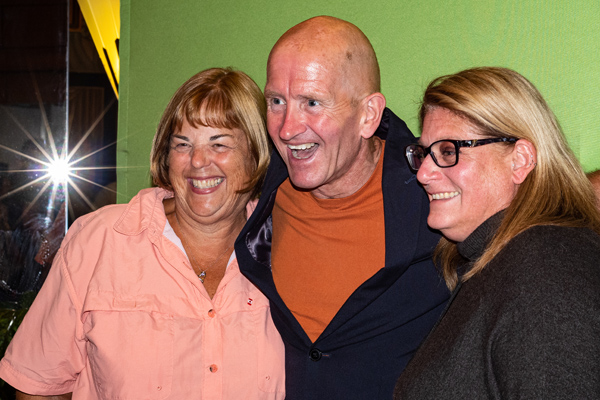 Princess Cruises has included a former British Olympic skier, an Olympic gold medallist and a TV personality on its celebrity speaker line up for its ‘seacation’ sailings this summer.

Regal Princess and Sky Princess will sail round-trip voyages from Southampton between July and September with calls to Liverpool, Portland, Belfast and Greenock.

Michael Edwards – better known as Eddie ‘The Eagle’ Edwards (pictured centre) – is a former British Olympic skier and will appear on the line’s three-night cruise on Regal Princess, departing on August 14.

Tessa Sanderson, the former British Olympic javelin thrower and heptathlete who won gold for Great Britain at the 1984 Los Angeles Olympics, will join the four-night sailing, departing on August 28, also on Regal Princess.

Also part of the line-up is Rob Rinder, the criminal barrister and television personality, who fronts reality TV court show, Judge Rinder. He will appear on the three-night cruise on Regal Princess, departing on August 7.