P&O Cruises has released details of a retractable glass SkyDome on board new ship Arvia.

The retractable SkyDome has been designed to maximise time in the sun in the warm regions the ship will visit, starting with a maiden season in the Caribbean next winter.

Arvia’s SkyDome will be a relaxed pool environment by day with entertainment by night, including live music, production shows, DJ sets and al fresco films shown on a giant screen.

The engineering company has worked on projects ranging from the Bulgari Glass House in Italy to Apple Park in California and its Steve Jobs Theater; the largest structure in the world supported solely by glass.

A non-retractable SkyDome appeared first on sister ship Iona, launched in May. 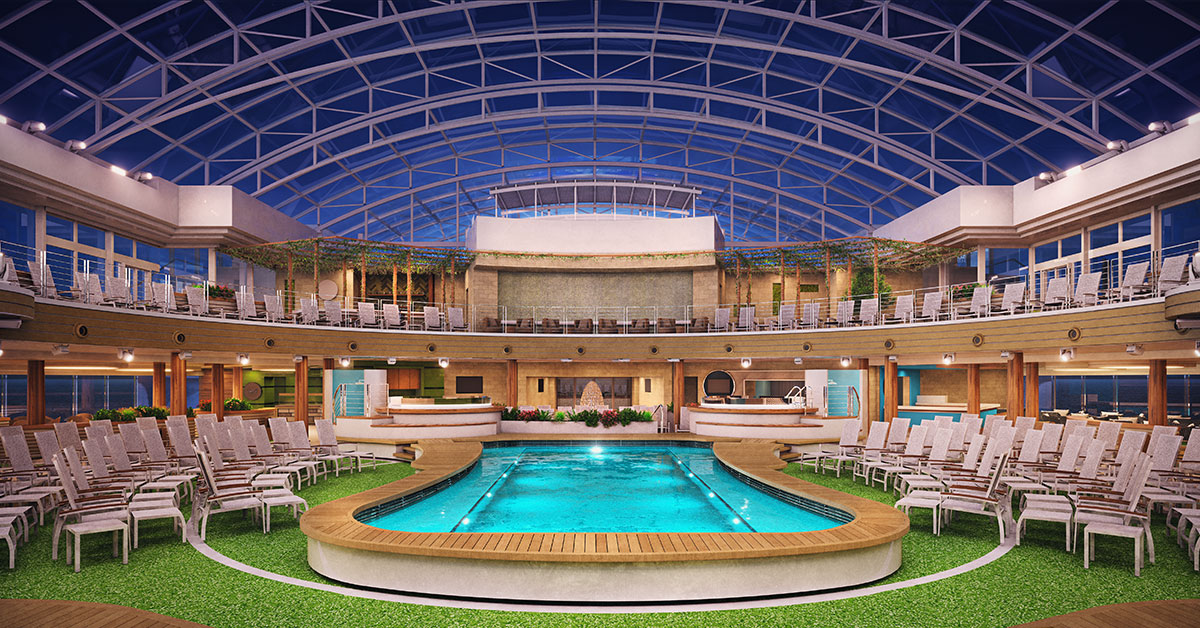