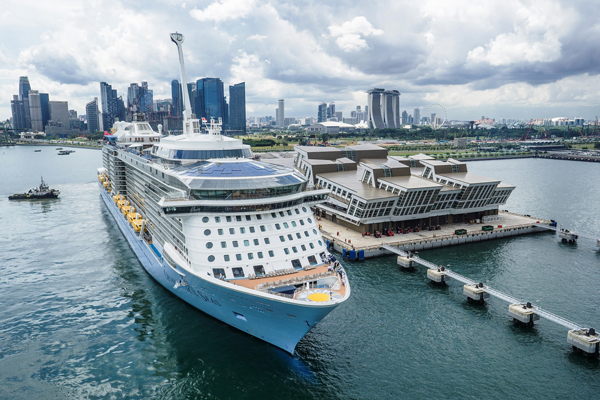 Royal Caribbean Group reported “constructive dialogue” with US authorities on a restart of cruising as it recorded a net loss of $1.1 billion for the three months to March.

Richard Fain, Royal Caribbean Group chairman and chief executive, reported “we now see a pathway” to a return ‘hopefully in time for an Alaskan season”.

The cruise season in Alaska typically extends to September.

Royal Caribbean currently has four ships sailing and has announced itineraries for 11 additional ships for this summer in Europe and the Caribbean.

The group described the reaction to the itineraries as “positive, highlighting the strong demand for cruising”, and noted: “These cruises are taking place with adjusted passenger capacity and enhanced health protocols.”

Fain said: “We are looking forward to resuming operations out of various ports around the world in the coming months.

“We’ve had constructive dialogue with the Centers for Disease Control and Prevention [US CDC] in recent weeks about resuming cruising in the US.

“The CDC notified us of some clarifications and amplifications of their Conditional Sail Order last night which addressed uncertainties and concerns we had raised.”

He added: “Although this is only part of a very complex process, it encourages us that we now see a pathway to a healthy and achievable return to service, hopefully in time for an Alaskan season.”

The $1.1 billion loss in the first quarter of this year compared with a $1.4 billion loss a year ago. However, the group’s average monthly cash burn rose a little in the quarter to about $300 million due to the expenses of restarting.

Royal Caribbean noted it has raised $12.3 billion in liquidity since the start of the Covid-19 crisis and said it would continue to bolster its finances, having raised about $3 billion in the first three months of this year.

The group reported it had $5.8 billion available at the end of March.

Executive vice-president and chief financial officer Jason Liberty said: “We’re optimistic that with the gradual resumption of cruise operations, our cash flow from operations will sequentially improve, driven by an increase in the inflow of customer deposits.”

Royal Caribbean reported booking activity for the second half of 2021 “aligned with the anticipated resumption of cruising” and pricing “higher than 2019 both including and excluding the impact of future cruise credits (FCCs).

“Cumulative advance bookings for the first half of 2022 are within historical ranges and at higher prices compared to 2019. “

It noted: “The company continues to provide guests on suspended sailings with the option to request a refund, to receive an FCC or to ‘lift & shift’ their booking to the following year.

The group held $1.8 billion in customer deposits at the end of March, about 45% related to FCCs. It said about 50% of guests booked on cancelled sailings had requested cash refunds since March 2020.