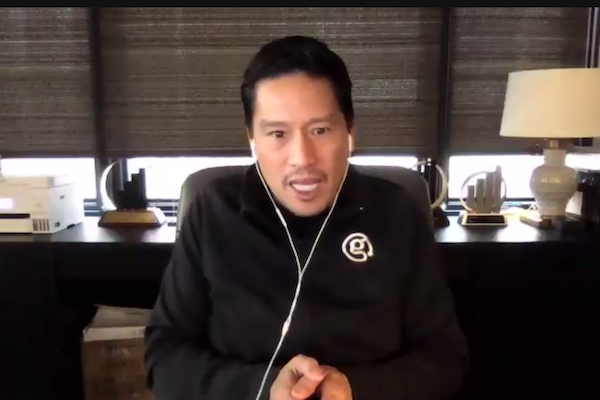 G Adventures’ founder has reported a spike in bucket-list holidays and “milestone” travel as consumers plan their first trips after lockdown.

Bruce Poon Tip said the adventure travel specialist has seen a spike in searches for bucket-list trips to destination such as Everest base camp, Kilimanjaro and the Inca Trail.

Speaking from Toronto on a webcast on Thursday, he said more people want “milestone” travel and destinations were becoming more important than they had been before the pandemic started a year ago.

“Lockdown has given people wanderlust,” he told the webcast, which had viewers from countries as far afield as Canada, the US, the UK, Germany and South Africa.

A G Adventures survey of travellers around the world found that 59% of respondents said lockdown made them want to travel more than before – and 77% were yet to book a trip.

He said travel had become like a commodity with a focus on “thread counts on sheets” but now people are “more purposeful” and care more about the destination they want to visit.

The operator has also seen a trend for longer holidays as people want to fly less often, while many also want to work while overseas.

Poon Tip said mainstream holiday options such as cruise ships or all-inclusive resorts will remain but if just a few people opt for more meaningful travel there will be “a tsunami of change”.

He said the “most exciting” vaccine news was the announcement of plans for the European digital green certificate, which travellers can have to prove they have been vaccinated against Covid-19, received a negative test result or recovered from having had the virus – and are due to be rolled out from mid-June.

“I am a fan of vaccination passports if they are standardised,” he said.

“We have been showing proof of vaccines for decades – for yellow fever and tetanus – so it is not unusual.

“We need a standard, if it is different it will be mayhem. It has to be clear and consistent.”

However, he doesn’t think travel for G Adventures’ customers will happen “in a big way” in May or June but numbers might start to grow by July.

By September he hopes there will be “larger, more meaningful numbers” for operators such as G Adventures.

He talked about his vision for a more sustainable travel industry, which he had written about in his ‘instabook’ called Unlearn: The Year the Earth Stood Still.

“Normal was not so great; we were not where we should have been,” he said.

He described himself as feeling like an outlier when he had talked about community tourism and sustainability before the pandemic but now feels that more bosses in the industry support his views.

He also said travel writers and bloggers have an important role to play in influencing the holiday choices of consumers.

Prices will not rise in the short term, he predicted, but they may well increase in the mid-term – but higher prices won’t be sustained so in the long-term they will fall again.

Commenting on the recent funding from private equity firm Certares, he described it as “growth capital”, adding: “We can stay aggressive during the recovery and take advantage of opportunities.”