Trade associations said the move to having no countries left on the red list was symbolic in that it helps “normalise” international travel after 18 months of restrictions.

Airport Operators Association chief executive Karen Dee called the move “a welcome and significant step forward to normalising international travel” and believes it will give people confidence to book.

She added: “Ultimately, we need to return to a situation similar to prior to the pandemic, in which people can travel without further tests or forms to fill out. The UK and devolved governments should aim for this as soon as is safely possible.”

Danny Callaghan, chief executive of the Latin American Travel Association (Lata), said he was “delighted” that the remaining Latin American destinations are coming off the red list.

He said: “Latin American counties have excellent vaccination programmes and recognition of this is long overdue.

“There has been extensive engagement with the UK Government to get to where we are,” he added, singling out Natalia Royo, the Panamanian ambassador to the UK for “taking the lead on bringing the UK and Latin American health departments together”.

Callaghan said: “After many challenging months, Lata members will be pleased they can look at taking their clients to this amazing part of the world once again.

“This is a very well-needed boost for the Latin American travel sector.”

Latin Routes director Martin Johnson welcomed the announcement and predicted a bookings bounce. He said: “We’ve already seen a large increase in bookings from the destinations that came off the red last time. Places like Argentina, Chile and in particular Costa Rica.

“With Peru now coming off the red list, we expect to see much of the same.

“We’ve been left behind by a lot of destinations in the world, Latin America is now fully open.”

Panama’s tourism minister Ivan Eskildsen said: “We are delighted the UK has recognised the progress we have made in tackling Covid and we can’t wait to welcome UK visitors to Panama. Our doors are wide open.”

Changes were confirmed by transport secretary Grant Shapps on Twitter after reports emerged in the national media on Thursday morning that the red list and hotel quarantine would be scrapped altogether.

But Shapps said red list and 10-day hotel quarantine will remain an option for the government and said they will only be used “as a precautionary measure to protect public health”.

Barrhead Travel president Jacqueline Dobson said the red list had “cast a shadow of uncertainty” over the industry.

Calling for more clarity going forward, she added: “It is not enough, however, for the UK Government to confirm the red list’s precautionary status. The industry must know exactly when and how this could be deployed in the immediate future to avoid unnecessary disruption and allow businesses to suitably plan for recovery. Engagement must be ongoing and transparent with the industry.” 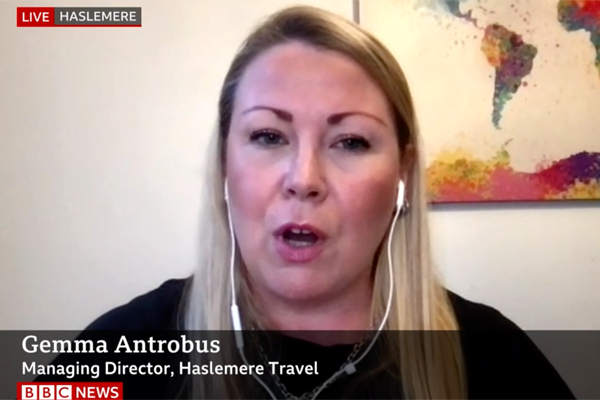 Haslemere Travel managing director Gemma Antrobus believes there will be more “hurdles” to overcome, but added that the industry was “really pleased” with today’s announcement.

She told the BBC: “The ultimate aim is to return to how travel was pre-Covid. It has been incredibly frustrating for the travel industry; the biggest frustration was the time frame for all of these measures…bringing back clients from all sides of the world with very little notice.”

Abta welcomed the move and urged anyone thinking about travelling abroad to book through an Abta member.

Director of communications, Graeme Buck, said: “Abta has been calling for the government to keep the red list under review and act swiftly to remove countries when there is a reduced threat of Covid-19, so it’s great to see the government responding to these calls today.

“This news, together with the introduction of day two lateral flow tests instead of PCRs for fully vaccinated travellers returning to England – and Scotland and Wales from October 31 – means the process of booking and travelling on a foreign holiday is now cheaper and easier.”

Oshiokpekhai added: “Today’s announcement confirming the removal of the remaining countries on the red list is not before time.

“What we had been hoping for was a complete overthrow of the problematic traffic light system, giving us a pathway towards certainty and credibility.

“As one of the last remaining countries to remove the enforcement of policed hotel quarantine, we are coming into step with the rest of the world.

“The removal of this expensive and inhumane restraint allows us to unlock corporate travel globally and reunite our customers with the beautiful countries of Latin America.”

Business Travel Association chief executive Clive Wratten said: “The removal of all countries from the red list is appreciated. However, the lurking threat of further introductions to this list and the continued existence of quarantine hotels means that it does not give travellers the confidence that they need.

“Business travellers especially, need to understand the criteria the government is using to make these decisions. Businesses and livelihoods depend on a more open and collaborative approach from the government.”